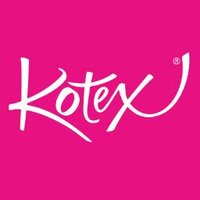 Poorly-conceived customer engagement campaigns have flushed many well-intentioned marketing dollars down the proverbial toilet. According to research firm Gartner Inc., 80% of customer engagement initiatives fail due to bad design. Some of the biggest failures are epic, costing brands millions of dollars and resulting in horrific ROI metrics. One big online retailer I know recently used an agency that delivered a campaign so disastrous that when they calculated the cost of user acquisition, it worked out to over $9,000 per engaged user.

We recently wrapped a second successful collaboration with Kimberly Clark Mexico for their flagship Kotex product line – a customer loyalty activity called “Mis Momentos”. The campaign results were notable, with over 20,000 Kotex customers participating, high repeat play (63%), and strong ROI (8%+ reach conversion). The brand’s investment has now resulted in an extremely versatile and cost-effective asset for supporting a strong base of participating community members across an unlimited number of campaigns throughout its entire brand portfolio.

But it wasn’t necessarily an easy path to get there…

Before we even came onboard for the first Mis Momentos campaign, Kotex’s social media strategy had already built an impressive community of over 2.5 million Facebook fans and Twitter followers. They’d also done an admirable job of motivating bursts of community activation through basic online sweepstakes draws and “fastest fingers” challenges. But the brand wanted to take things further. They wanted a campaign that would draw together the various channels of the social online community into a single place and keep customers engaged over a longer period of time.

Enter the first Mis Momentos campaign in 2014. This an online loyalty contesting activity was accessible on mobile, web, and Facebook and ran for 12 weeks. To play, Kotex customers followed the brand’s social media activity – Facebook, Twitter, Pinterest, Instagram, and YouTube – to discover or solve puzzles to gain special loyalty codewords. Each codeword unlocked a fun online activity where users played to earn virtual cards depicting colorful & interesting “Mis Momentos” memories to complete themed collections. Customers had fun participating in this scavenger-hunt-like activity. But even better, they were feeling recognized and thanked for being active customers by providing virtual collectibles, fun surprises, and real-world prizes.

Players could adopt rudimentary game strategies, with some striving for shiny, quick-payoff, instant win prizes, while those with more patience opting to gradually build their weekly Momentos collections towards higher-value weekly grand prizes. The aim was to bring together the excitement of lottery scratch tickets with the decision-making of a board game. And based on user feedback and metrics, the campaign largely succeeded.

Despite the triumphs achieved in this campaign, however, there were admittedly some design limitations in this inaugural campaign. We carefully analyzed the design and identified the following issues:

To be continued next week in Part 2, Mis Momentos 2: The Sequel.