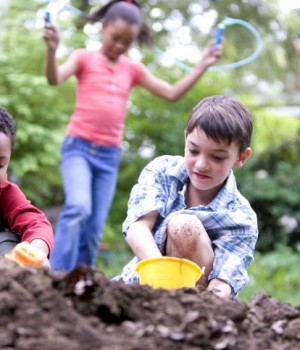 The numbers of children diagnosed with attention deficit hyperactivity disorder, or ADHD, have steadily increased in the last decade, figures from the Centers for Disease Control and Prevention show. Many of these children are prescribed pills for treatment. But pharmaceuticals come with side effects that parents may not want to risk. Some companies believe that technology can treat the disease and they’re doing it with games. Focusing the child’s behavior on a video game with a health care objective has helped some children alleviate the behaviors observed in ADHD.

The idea of using video games to treat a disorder characterized by hyperactivity seems counterintuitive. After all, in today’s digital age, flashing images and messages on various devices serve as a distraction to people – even those who don’t have ADHD. But The New York Times notes that C8 Sciences, maker of the game “Activate”, says that research shows that the right challenges and rewards – in limited sessions of play – can help children. The software in Activate tests a child’s ability to memorize, categorize items, and develop thinking strategies. The game also comes with a physical exercise component that helps children develop athletic skills and work toward participating in sports with other children.

Some ADHD experts are still wary. Russell Barkley, a clinical professor of psychiatry at the Medical University of South Carolina and an author of several books about ADHD, points The Times toward research indicating that playing games may help children become better at playing games but not necessarily help them improve their schoolwork or their behavior. The Times also notes that a 2013 analysis of 25 studies on ADHD brain-training programs found that the training’s effect was “non-significant or negligible.”

The minds behind these video games treatments for ADHD treatment say that their approaches are rooted in science. Bruce Wexler, a retired Yale University professor of psychiatry and one of the co-founders of C8 Sciences, says that in addition to improving the function of an ADHD child, the company’s game creates an individualized program for each child that becomes progressively more challenging as each child makes progress.

Approximately 200 U.S. schools have purchased the Activate program so far, The Times reports. Some of the schools even use the game for children who don’t have ADHD. Wexler calls the expansion into educational settings “a school lunch program for the brain.” But don’t take Wexler’s word for it. C8 Sciences aims to get Food and Drug Administration approval of its game as an ADHD treatment. If the company gets the regulator’s blessing on the technology, doctors would have the choice to prescribe games instead of pills to treat ADHD.