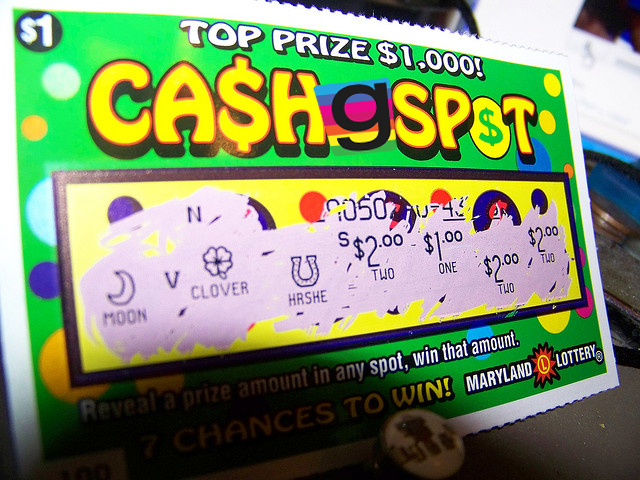 The utilization of a reward and punishment system by national governments is a great way to induce desired human behavior among its citizens. When it comes to exemplary countries with positive reinforcements policies, one would not be immediately think of China. However, China’s experimentation with carrot-and-stick policies has produced an effective tax collection system with its implementation of a lottery receipt system to keep track of transactions and get businesses to pay their taxes.

First launched in Haikou, the capital of Hainan Province, the system would allow businesses to purchase government approved machines that could print special receipts, known also as fapiao. The special receipt would serve as a proof of purchase and had a little surprise and delight involved. The government ingeniously had these fapiao contain scratch-and-win tickets with monetary rewards ranging from 5- to 50,000 yuan ($.75 to $8,333) to promote the usage of the special receipts. By 2002, the lottery receipt system is being enforced nationwide with 80 major cities were adopting it and has even found its way into Taiwan.

The impact brought about by the lottery receipt system has been generally positive. Mr. Wan, a Chinese scholar at Japan’s Fukuoka University conducted a study on the lottery receipt’s effect on tax revenues in Beijing and Tianjin from 1998 to 2003. The study shows that both cities experienced real growth rates of sales taxes with 21.5 and 10.4 percent respectively, a significant increase compared to areas which do not use the system. Furthermore, based on official state statistics cited by Mr. Wan, the implementation of the system is relatively cost effective. Up to 900 million yuan ($142 million)  worth of tax revenues was being generated while the lottery payoffs was 30 million yuan (almost $5 million) only. In part to the lottery receipt system and the overall improvement of tax collection system, World Bank figures shows that China’s tax revenue it has steadily increased to 10.5 percent of its GDP in 2009 compared to 5.6 percent of its GDP back in 1994.

The lesson we can derive from this nationwide endeavor is eye opening. When gamification designers understand the incentive and motivational drivers of its users,  the system’s effectiveness increases tremendously. The desired behavior of its users would be achievable regardless of the sheer number of users (in this case, the 1.3 billion Chinese citizens).  Richard Thaler, a professor of economics and behavioral science at Chicago University’s Booth School of Business aptly sums it up, “The moral here is simple. If governments want to encourage good citizenship, they should try making the desired behavior more fun [by understanding what they desire].” As a side note, the  case study also highlights the vulnerability of any gamified system that individuals will always try to manipulate the system for their own gains. Thus, economists and sociologists will play a vital role in understanding the motivational drivers of tax payers.