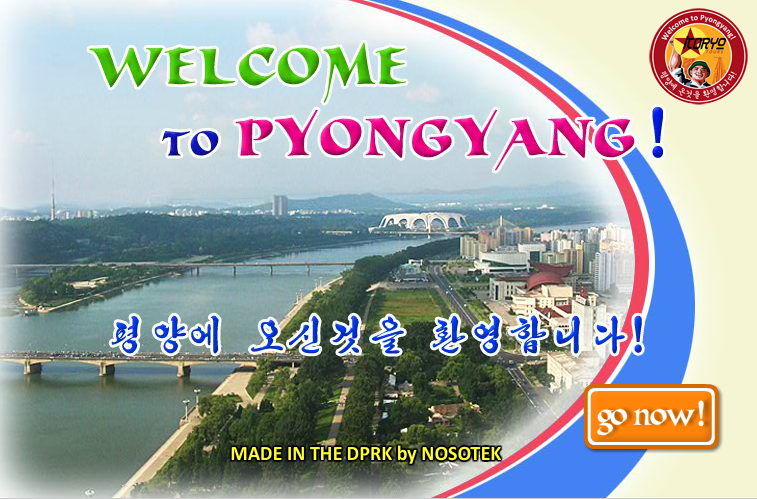 A Chinese company called Koryo Tours has been commissioned (or forced…who knows) to create a game simulating a driving tour around Pyongyang called Pyongyang Racers. You’re placed in a nondescript car and need to drive around this ghost-town of a city to collect oil barrels and stamps to see monuments in Pyongyang. After taking about  45 minutes to finish this crude game, I’ve come to the conclusion that Pyongyang Racers is one of the worst gamified marketing efforts I’ve ever seen.

It’s a novel concept but it was so poorly executed. The gameplay concept in itself is already very flawed: you’re expected to drive around Pyongyang to see all the attractions and  simultaneously drive around the city as fast as you can. The presence of a leaderboard and a clock timing my performance will not encourage me to look at any of the sites present. As a result of this, the game is actually presenting every Pyongyang monument as a fleeting moment. This is further supported by the stamps a player must collect in order to even learn about each passing monument. If you miss any of the stamps, then you completely miss the “attractive” information about each monument.

Making critical marketing information dependent on player performance is a very ineffectual way to go about presenting information, especially if the whole point of your game is to attract tourists. It also doesn’t help that the car drives like a stick of butter and the graphics come from a game being developed in the 90’s. Overall, the fact that the game’s goals are at odds with its own mechanics make for a very disengaging experience. What’s sad is that discrepancy isn’t the worst thing about it: it purposefully makes you feel bad about yourself as a player.

This game makes me sad

Within the first minute of driving, a female traffic cop suddenly appears over the screen and says “Drive straight on. Don’t stare at me. I’m on duty”. She appears completely unprompted and gives you the impression that you’re doing something wrong by “staring” at her when she never actually appears in the game. The game continues to mock your driving performance as you approach ambiguous turns and even mocks you in broken english for passing by a tourist attraction!

Whether this is the game’s poor attempt at humor and/or motivation, its not done correctly. Its fine to play with your players emotions but the player needs to have control over the actions that are causing these remarks. The game’s berating moments are completely unwarranted and come at moments beyond the player’s control, making it feel insulting.

While I won’t dive deeper into why these game mechanics are so bad (because believe me, I can), the game’s biggest problem is that actually tells the truth. One unintended effect of it all the game’s problems is that it presents Pyongyang in a painfully honest and accurate light.

If you think about it, the entire game represents the current state of North Korea quite well. You’re driving in a very shoddy car in a city with literally no people walking around. AKA Crap automobiles and zero pedestrians due to extreme poverty and fear of their government? Check. The city looks extremely outdated in appearance, has problems conveying information, and has a broken game engine glitching out. AKA a poor country unable to modernize and internal government systems that are evidently broken to everyone looking in from the outside? Check. The traffic cops and government establishments are berating you and putting you down regardless of whether or not you did anything wrong. AKA the North Korean’s oppressive regime and inhumane treatment towards its citizens. Check. The game also plays this awful and immutable music reminiscent of propaganda commercials that makes the game seem like a happy place. AKA literally what the government does: constantly trying to present its country as a happy, happy place.

Its sad and bewildering to have been presented with a game meant to encourage tourism when instead, it clearly demonstrates what a horrible place Pyongyang and North Korea is to be in. The clear lesson learned from this is such: if your product’s existing narrative is profoundly negatively received, it is to your utmost benefit to at least attempt to replace it with a more desirable one when attempting to gamify.

While its true that narrative isn’t always necessary, North Korea is a clear exception to that rule.

This a shoddy game, with shoddy mechanics, and a shoddy message being communicated through it. Please do not ever make a game like this.

But the one good thing here though was the presence of a leaderboard. I’m in sixth place!