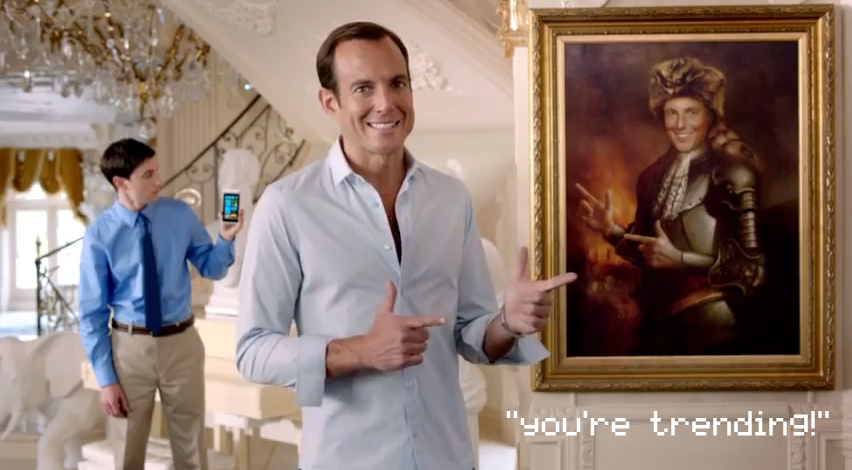 Microsoft Could have done so much better with Live Tiles

I’ve recently acquired a Nokia Lumia 920 review unit and as an Android enthusiast, I would have never made this switch but there’s no way I’d turn down the opportunity to play with some new toys.

While I can make a full comprehensive-review of the hardware and operating system, I’ll mainly be looking at Windows Phone 8 Live Tiles (Not Windows Mobile, mind you).

I believe the crux of Windows Phone 8 lies in how it aims provide you feedback through its new Live Tiles feature. This is evident in that awful Will Arnett commercial (But I’ll always love you, Gob) and the ability for Windows Phone 8 to deliver personalized and real-time information you want.

The home screen is fully customizable in terms of what content you would like to see on it. Every app can be placed as a tile on the mainscreen and can be placed in three different sizes. Depending on what size you make the icon, they may or may not display additional information or animations.

The Live Tiles functionality should be of interest for gamifiers and developers because it is a unique feedback delivery system and does not rely as heavily on push notifications or drop-down notification bars.

People crave feedback so if Live Tiles can deliver feedback uniquely on a daily basis, that should be enough to differentiate it from its iOS and Android competitors right?

Unfortunately, the Live Tile functionality gets old and doesn’t offer any much of a functional improvement over time due to the lack of options and control over how these Live Tiles actually work.

I wish I had more control!

The moment the flipping of Live Tiles simply becomes another standard, but animated, way of displaying the number of Facebook notifications you now have, there is no real way to change up this experience to make it more exciting again.

There is no option to customize tile sizes beyond what is available to you (3 choices) nor is there any way to customize tile-colors or content for each specific tile. Color in each Live Tile is either pre-determined by the app or by the color scheme set forth by the current color theme.

Normally, operating systems limit user control over these types of options to ensure a specific user experience like with the iPhone and iOS. Android handsets can be closed in a similar manner but if truly desired, the user can open up and unlock full customization either through methods of rooting or using new launchers like GO or Apex.

But what ends up really happening is that the shallow customization features of Live Tiles really only gives you a taste of what it could be and offers little room for more. In other words The Live Tile experience (and even perhaps Windows Phone 8 as a whole) does not allow the user to become a more advanced user of the system.

What Live Tiles Could’ve Been (Something Amazing)

The ability to resize and move Live Tiles was very impressive at first and had me entertained sufficiently for a few days as I searched for my optimum Live Tile configuration. Then…I found it and it becomes just another glorified app launcher with tiles that flip with information.

The Live Tiles certainly feel very customizable at first but once you want to take this customization even further, the 3 shapes you’re limited to creating (1×1, 2×2, or 4×2) can only create so many patterns that are both visually and appealing for a home screen.

Imagine if Windows Phone 8 enabled you to resize the tiles into any size polygon and gave you full control over what appeared. People could be creating tile-mosaic masterpieces, filled to the brim with updating information, while representing the user far more than a couple of squares because the end-user ultimately had full control over how that looks.

In fact, a pretty jarring feature I found missing from the Tiles functionality is the lack of a preset saving feature to enable you to save your configurations. An entire Microsoft social hub can be created around this idea and could show off the creativity of Live Tile users.

This functionality can also pave the way for app developers to create completely new user experiences based on customization. A true new way to create mobile apps might just be what Windows Phone needs to attract more developers for its microscopic app store.

Of course this isn’t the way it is and it likely never will be because Microsoft wants to maintain this design philosophy across all their platforms despite the fact that the tiles features was primarily designed for touch devices.

Live Tiles simply gives you a taste of what could be in the phone but I’m just left wanting much, much more out of it.

I think the Nokia Lumia 920 is an amazing phone. However, it is excellent hardware boggled by mediocre (at worst) software. I would be incredibly happy if I could have Android on this system and I’m a little saddened by the fact that Nokia decided to make an exclusive partnership with Microsoft for their mobile phones.

This look at Windows Phone live tiles is primarily rooted in a comparison to Android’s user experience but I think that is a completely valid claim. For Windows Phone 8 to have come this late into the game, Microsoft is definitely aiming to take users away from any of the existing iOS and Android markets. To hedge your bets so strongly on Live Tiles as that killer feature – it needs to be able to not only compete with what’s out there but to also be significantly be better to warrant the very arduous and tedious switch from one mobile operating system to another.

Live tiles is good…maybe even great but it simply gets boring after awhile and doesn’t go where I thought it would when I first got introduced into the system.

Microsoft already is taking a huge risk with their entire Windows 8 strategy. I just wish they would’ve just went all out with Windows Phone 8 because I want to like this phone so badly and for there to be real competition for iOS and Android.

There’s just no reason to keep Windows Phone 8 over Android now that I know what each is capable of.