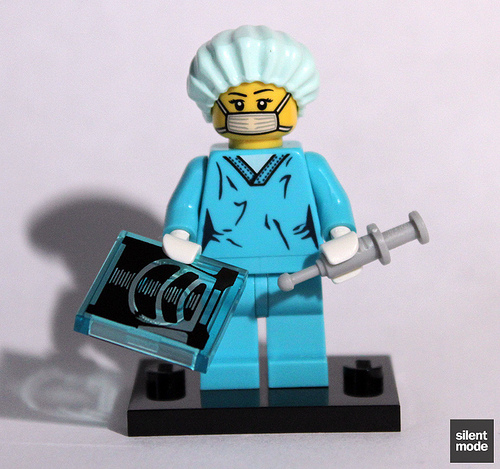 Gamification and healthcare may be the next best thing since the invention of bread and butter. I recently read an article on 3 different ways that video games can improve health and immediately became curious as to other research going on in this area. Since GSummit 2013 is fast approaching, I would like to take the time to provide a brief comprehensive overview of how games and healthcare are converging in harmony in 2013.

Youth with dyslexia, especially within the pre/early teen demographic, have a tough time with reading comprehension skills. A recently published study from the University of Padua in Italy has discovered that action games significantly improve a child’s ability to read effectively and quickly.

Children playing 12 hours of Rayman Raving Rabbids reported increases in reading speed without a decrease in accuracy. There was also an increase in attention speed, and researchers hypothesis that awareness and attention are two skills gained from playing games. Fast-paced action games have tons going on all at once, forcing the player to learn how to extract useful information from the game environment.

Patients with severe burns often express pain that doesn’t just seem to go away at all. To alleviate the pain in a non-pharmacological way, the University of Washington developed the game called SnowWorld. It is a virtual reality game that works under the premise of information overload. Patients playing the game move around an arctic-like environment and shoot snowballs at penguins and mammoths. All the while they are listening to Paul Simon songs in the background.

Autistic people have a tough time indentifying emotions and therefore lead difficult social lives. Elisabeth Whyte, a researcher in Developmental Neuroscience at Penn State, believes that games can be used to teach autistic people how to improve their interpersonal skills.

An avid gamer herself and the creator of one of the most successful World of Warcraft blogs, Elisabeth says that providing a storyline as the foundation upon which reward mechanisms like points and badges are used is the most important rule of effective game design. Without a storyline, the game consists only of tasks and rewards. This leads to a loss of interest and a lack of motivation to play the game. This prompted her to create a game where autistic patients are detectives for a bank robbery case, and they have to correctly identify the facial expression of potential suspects. After 10 accurate identifications, the detective is able to arrest the perpetrator.

Many school districts around the nation are worried about the obesity rates of youth. To battle that, they are using Wii Sports to “exergame”. Exergaming provides a fun way to clock in time spent on physical activity and has lead to numerous studies and articles boasting the benefits of Wii Sports for exercise.

Games also assist with physical therapy sessions by instilling a fighting spirit into the patient. A popular success story of gamification and healthcare is Re:Mission, a game to help teens with cancer. Through a third-person shooter, the game explains cancer in great detail as well as various techniques like chemotherapy and antibiotic treatment. A study shows that people who played Re:Mission understood their cancer better and was more likely to keep up with treatments such as chemo.

Yes. You do want your doctor to be really good at games, especially Wii Sports. Sapienza University in Italy has made a claim that the skills required to play Wii Sports directly helps the same skills needed to perform laparoscopic surgery.

Playing Wii improves your motor skills and coordination. It also allows you to play a 2-D game while controlling the wii-mote in a 3-D environment. Since laparoscopic surgery involves using a small camera (2-D screen) that allows doctors to see what they are doing (3-D environment), it is analogous to Wii Sports. If you are thinking about becoming a doctor, start playing Wii Sports today!

Pharmaceutical companies are usually quite dry in their communications with consumers. The lack of personality is Pharma’s personality, but company Boehringer is creating a Facebook game to teach people about this industry.

The game is called Syrum, and it is a spin-off of Farmville. The goal of the game is to research compounds in a lab, create working formulas, and go through the process of getting a working drug into the market. The main goal of Boehringer is to promote R&D and scientific innovation to the digital community. The game is currently in beta.

via Discover Magazine | Other research into games and healthcare | Image by .SilentMode