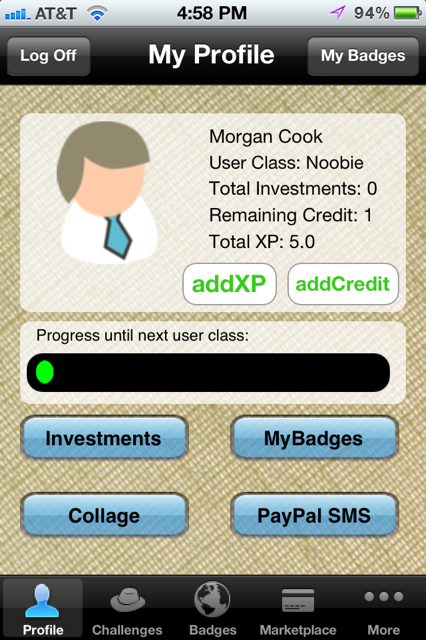 The Jumpstart Our Business Startups (JOBS) Act is on the verge of altering the investment landscape, finally enabling startups to procure capital from investments that follow the model of crowdfunding sites such as Kickstarter and Indiegogo. The crucial difference is that the funds are given out as true risk/reward-bearing propositions.

The world of investment, at all levels, typically carries the nomenclature and ethic of gamification even though it is engaged in the serious business of real money. This means that it is a natural fit for gamification startups. Some are bringing unorthodox approaches to crowd investing that borrow ideas from an extremely fun and popular source – casual online games.

The crowd funding startup Seeds is a game-based interface that links potential funders to those seeking micro-loans. The concept of “Farmville meets Kiva” may not sound intuitive to many, but the mechanics of Seeds are designed with a keen awareness of the virtual currency models and economics of online games.

Traditional crowdfunding sources offer some form of benefit for the donors – an advance copy of a book or album, for instance. On the other hand, online gaming is an addicting passtime for many, with many paying consistently for the privilege of playing or for game-enhancing content. Seeds is counting on combining the generosity of donors with the enthusiams of online gamers.

The game world of Seeds is based upon the premise of exploring and rebuilding a virtual civilization. The game includes a large virtual map in which the gamers can perform actions such as constructing buildings. The gamer can complete this task the slow, difficult way, or can pay with in-game currency to speed-up the process.

The founders of Seeds have taken into account the fact that people will use real currency to buy downloadable content or in-game features. The model they have chosen is to “monetize impatience” and the proceeds raised from the sale of virtual currency become available for microloans. The same goes for the purchase of in-game virtual goods.

Very wisely, the platform is designed for mobile-to-mobile lending, making it very easy, casual, and intuitive. This also takes into account the competitive element as mobile gamers can compete with eachother while on the run.

As all of this game activity occurs, the funds are made available to a network of connected micro-borrowing entreprenuers, such as the one in Nairobi that received the application’s first disbursement.

The creators of seeds note that the world engages in a collective 3 billion hours per week playing computer games, and hopes that effort can be harnessed to bring forth positive change through entrepreneurship both abroad and domestically.