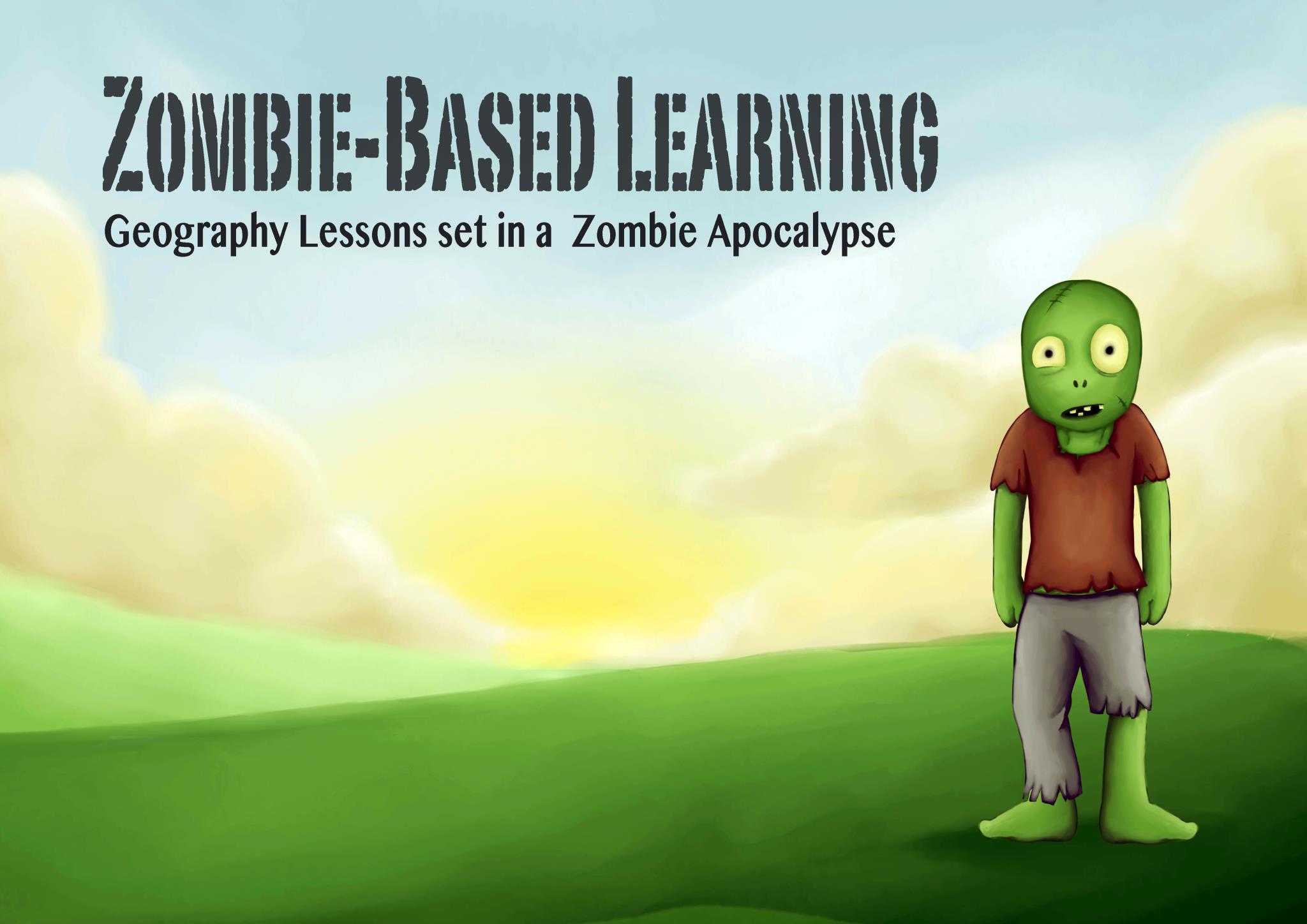 If you’re like most, you probably don’t remember much from your middle school social studies class. Not because you weren’t paying attention, but because it wasn’t memorable. Studying geography alone was boring, and rarely were you presented a meaningful context to apply the information learned. David Hunter, a 6th and 7th grade geography teacher at Big Picture School in Bellevue, Washington has developed a curriculum to address those issues and is changing the way fellow educators, state officials, and the National Council of Geographic Education approach building future curriculums.

Mr. Hunter’s class is primarily project based functioning similar to the way a game works, including explicit tasks, consistent feedback, and a single theme: zombies. The curriculum, titled “Zombie-Based Learning: Geography Lessons Set in a Zombie Apocalypse”, replaces the standard textbook with a zombie-based graphic novel and implements aspects of gamification into its lessons.

David first began developing the course after attending a Big Picture Learning Conference where teachers discussed finding more effective ways of engaging their students. One teacher mentioned a student of their’s was interested in zombies and wanted to include a text or film that dealt with that topic in their class. Instead, David decided to integrate the entire concept of zombies into his own teaching. 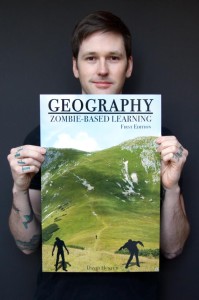 The response to the curriculum from both parents and administrators was surprisingly positive given the school district’s “traditional history”. Students also reacted well to the unique teaching format. “I always get the comment, ‘well, obviously the boys are going to be into it,’ but the girls were also very interested,” Hunter said. “I would get girls asking ‘when are we going to do the next lesson?'”

Typically, the class is set up so that the students can interact through projects that require them to complete activities or research particular topics together. But the curriculum itself is flexible and easy to implement in any classroom. “I wanted to design the curriculum to be easy for any teacher to adopt”. Included are what David calls “exit tickets” or something the student does that day to show they’ve met the current objective.

Of particular note is the graphic novel “Dead Reckon”, designed by David and a team of professional artists as a way of establishing the narrative for the class. He describes it as the story that constructs both the purpose for the class and the scenarios of the zombie apocalypse where the geographic skills are applied. Within Dead Reckon, the characters encounter geographic topics that actual geographers study, including community planning, migration patterns, and physical systems such as landforms and climate. 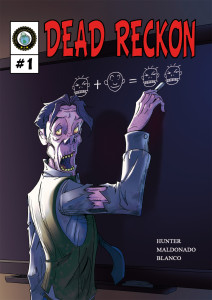 When asked how he accommodates for students who are less interested in zombies, Hunter responded with the following: “What do you do if you’re teaching regular geography and you have kids who aren’t into regular geography? Then you don’t have anywhere to start from. At least by starting with an interest, like zombies, you can hook a bunch of kids and then provide plenty of other examples”. David also notes that within a daily lesson it’s possible to teach without ever talking about zombies and focus on just geography.

Yet David points out that the students are able to relate to the fantasy zombie world more than their own town. “The real world has a lot more complicated and abstract things,” David comments, “but the fictional world is boiled down to a level that is more suitable for middle school.”

Although zombies serve as the context for the class, David encourages teachers to relate the zombie-based material back to the real world. Hunter says “it’s really important to discuss and think about the real world applications”, but adds that the students typically make these connections on their own.

The curriculum has received attention from nearby school districts who have decided to teach the course as well. Just this week, the state of Alabama is considering to adopt the curriculum for all middle school students statewide. Furthermore, the National Council of Geographic Education, from which Zombie-Based Learning bases its standards, has said it was the best geography curriculum they have seen.

Ultimately David hopes that by making his classroom more engaging, student won’t experience geography and social studies in a way that’s similar to how he and many others did. “People ask, ‘do you think it’s the zombies that make it exciting?’ I think the thing that makes it exciting are people thinking how you could learn something that wasn’t extremely boring. How you could learn and actually enjoy [the material], and have it be memorable”.