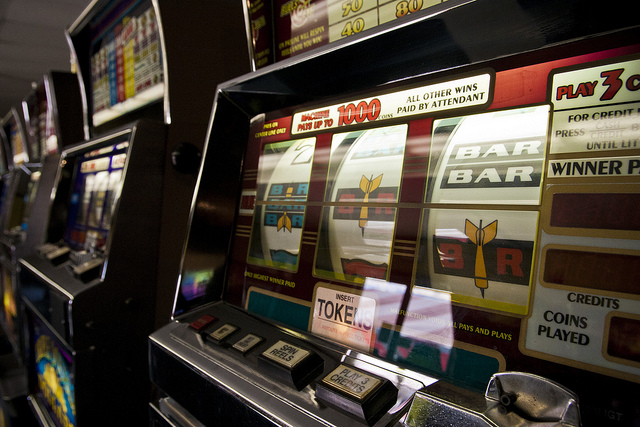 This is an Op-Ed by Victor Manrique, CNO of Jugo, the startup that improves your personal skills through games, former co-founder of Cluers, and blogger at Epicwinblog.net

He earned this Op-Ed opportunity by being a Top Gamification Guru.

Did you ever lose track of time because of a game? And did you ever ask yourself why?

Games are one of the most engaging things that we can find because they involve and fulfill almost all of our main human motivators and happiness factors while creating so much fun (see my post on “why people play“), but some very special ones have this stickiness that makes us want to play them for a long period of time.

As it turns out, if we analyze and explore some of the best selling games ever as well as the most popular ones nowadays, it can be stated that there are 5 key engagement factors that all of those games share in common, while matching these requirements:

I’ve compiled my five biggest key design factors that also match all of the requirements above to make a long-lasting, engaging gamification experience.

Human beings like habits, and our brain usually craves patterns that it can follow. Everybody has habits and they are one of the main keys of behavior management. As Charles Duhigg (The Power of Habit) or Prof. Kevin Werbach (For The Win) state in their books, habit loops are a very powerful source for encouraging people to take some actions, while giving them any kind of feedback that motivates them to repeat that behavior in time.

In gamification, we can identify two different types of loops: action and progress loops. Basically, action loops are based on taking some kind of action, getting something for it and stay motivated to do it again, while progress loops focus on mastery and the player’s improvement in time. If the system is well designed, players will keep on coming back to finish those quests and get their rewards. Besides, they will not only be motivated by the rewards achieved, but also because of the progress made in the rankings, the improvement of their skills, new unlocked challenges, and newly earned access to special privileges (See SAPS).

Some very good examples of these combined loops can be found in games like Travian, Mafia Wars, Celtic Tribes or Top Eleven.

VIP goals, which stand for Valuable, Interesting, and Possible, are one of the main elements of progress loops that I’ve just mentioned, but its success depends on following some specific guidelines

In any gamified system, we need valuable goals for players, or in other words, they must have some intrinsic/extrinsic value for them. They also have to be interesting and engaging, because it’s not only about the goal itself, but also how we reach that point. And something commonly overlooked is that players must also feel that they these presented goals are actually possible and achievable in a short amount of time.

Some great examples of VIP goals are Nike+, Duolingo, and some of the campaigns of Kickstarter.

Rewards are related to both loops and goals, being a step in between and that’s why basically, every gamified system needs some kind of rewards whether they are real or virtual, extrinsic or intrinsic, positive or negative. In short, they are a very basic but powerful element in any system because they reinforce or discourage the player’s behavior in time.

There are many types of rewards but what we want to create is a system that has different kinds of rewards according to the phase the player is on at the moment. So in the beginning, it’s good to have some fixed rewards that create the first action loops.  Once the player has become an active user, it might be good to combine those with some interval rewards, that are linked to new actions, while in the end we want variable rewards depending on the player’s choices.

Take a look at your smartphone’s App Store and check out what are the most downloaded and profitable games for mobile devices. Did you realise that there is a great number of MMO games? And that almost all of the most profitable games are related to some kind of social feature?

Humans are social animals and relatedness is one of the most powerful drivers of engagement and motivation. Despite this, some gamification systems may feel like barren experiences when starting out because a social community has not been established around it yet. That’s why I recommend to design experiences that can hold its own without a social experience but still has the functionality to evolve into a social experience as more users become active.

There are so many examples of this type, and many of them are related to growth hacking strategies, but one of my favorites is Dropbox and its storage system.

The last engagement factor I want to touch on is the”The X Factor”, or in other words, that special ingredient that every really great game has. It can be anything from a core mechanic that produces so much excitement to an epic story, a creative theme or a unique identity or style, but what they all have in common is that they boost the user’s engagement in a way that no other game or system does. However, some of these features can be difficult to implement in a gamified system but we need to try finding our very own X Factor to really create a memorable experience.

Some examples of this X Factor can be found in Tetris and its core mechanics that have engaged players for so long, Final Fantasy and its epic story that makes you want to keep on going to see what’s going to happen next with the characters, Angry Birds and Candy Crush with their creative and colorful themes that produce so much fun, or World of Warcraft, The Lord of the Rings Online and Star Wars Online with a totally unique identity and style that creates a passion and cult feeling that only the most powerful and well-known brands in the world have been able to achieve.

Try to identify what your own gamification system has and ask yourself “What is my product’s x factor”?

In the end, designing a great gamified system that lasts in time and keeps users fully engaged is a difficult task. Following and implementing these 5 factors in the right way increases the odds of being successful and achieving our main gamification objectives.