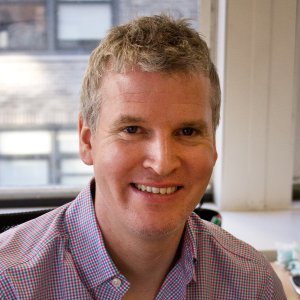 We were excited to have Thomas Fuller join us this year at GSummit from Next Jump. Thomas is the Co-head of Engineering at Next Jump (along with GSummit Speaker, Albert Balcells). Below are his bio, video and slides from GSummit SF 2014:

Thomas Fuller is the Chief of Engineering at Next Jump, Inc. (NxJ). Tom joined Next Jump in October 1999 and helped grow the business though the first dot-com bubble to over 150 employees. A few years later, Next Jump survived the dot-com bust however shrunk down to just 4 employees in January of 2002. Tom was part of the 4-person surviving team and, since 2002, has lead the development of the company’s e-commerce platform. Today, NxJ is generating over a billion dollars in annual sales. In addition, he has helped build the company back to 200 employees. Experts have called Next Jump the Demonstration Project, proving the combination of caring for your employees and helping them grow as human beings is possible while making money and helping the world become a better place. Next Jump believes this is a pre-requisite in today’s human capital economy and calls it Better Me + Better You = Better Us. Follow Thomas on Twitter @Thom_Fuller