KNOWLEDGE IS THEIR SUPERPOWER

Medikidz (@Medikidz) is a global initiative dedicated to teaching young people medical information in form they can understand. Thus far it has relied primarily on a series of comic books featuring a group of superheroes, called the Medikidz, each of whom are experts on different aspects of the human body. According to Tech Day, Medikidz is partnering with the Media Design School of New Zealand to develop its first game based learning system featuring its super hero characters.

The game will take the Medikidz superheroes on a trip through the human body to help young people learn about type one diabetes. The idea is that children will be able to learn more effectively about the disease through interactive game play.

The project is a personal one for Media Design School Head of Game Art Mike Porter, who has two children who have lived with type one diabetes from an early age. They have struggled to absorb the clinical information they need to learn in order to manage their disease. 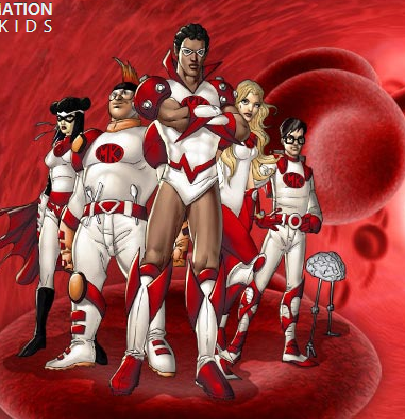 Medikidz super heroes who have been featured in the comic books and will be characters in the new game include:

Each of the super heroes have powers that are appropriate to their specializations.

Since the comic book series have covered a variety of diseases, the type one diabetes game will likely be the first of many, each taking young people on a learning adventure delving into specific ailments.