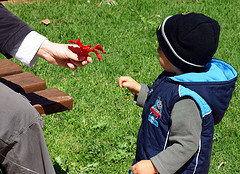 GAMIFY YOUR GROUNDED KIDS’ WAY OUT

The weekend has come, and parents of young kids know what that means: no escape from the kids for two days! To help you manage we’re revisiting the concept of the gamification of parenting. The Huffington Post recently reported on a mom who designed her own gamification methods to ground her kids.

With her kids in trouble again, Lynette was determined to come up with a creative way for them to be grounded. She told her kids that they had to earn 500 points in order to become ungrounded. Then she provided them with a list of tasks and the point value they would earn when they completed a task.

The list included such tasks as watering house plants for 10 points, cleaning and washing the kitchen desk for 20 points, writing a nice letter to someone in the family for 10 points, preparing and cook dinner for 50 points or doing one load of laundry – wash, dry, fold and put away – for 100 points.

She reported that her son was able to earn his 500 points within a single day and her other two children are working on earning their points still. 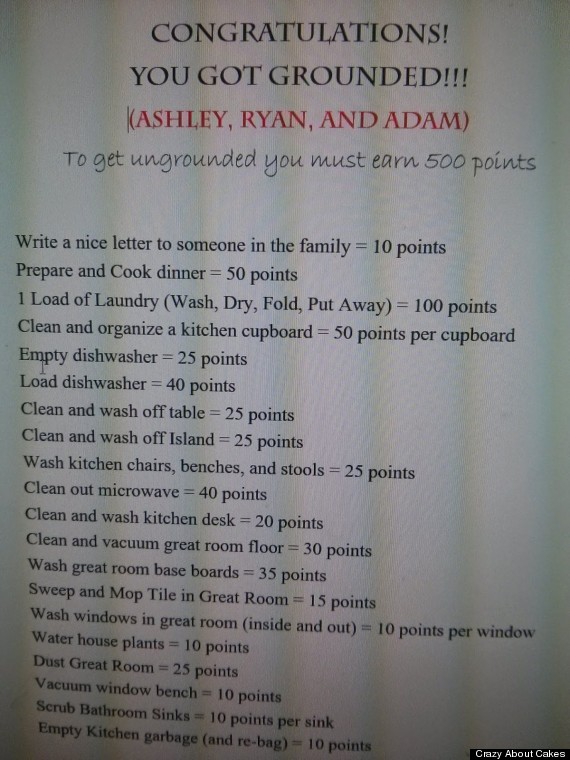 Is Lynette onto something? By providing her kids with choirs to complete, Lynette made being grounded something that had a tangible consequence. Her kids did not just sit in their rooms for a few days, pretending to think about why they were grounded. Her kids probably did think about why they were grounded as they completed the tasks on the list.

Her method of grounding also provided an opportunity for her kids to think and reason. Her son decided that he only wanted to be grounded for a short time and went to work completing tasks in order to earn his 500 points. All of her kids had to create their own strategy for earning their 500 points – would they go just for big tasks with big points, a combination of a few big tasks and a few smaller tasks, or do all the smaller tasks because perhaps they thought they were quicker in order to earn their 500 points? Her method of grounding allowed her kids to strategize (and exercise their Math skills in the process).

Maybe Lynette just landed on a new niche, the gamification of parenting. Could it be coming to an app near you soon?