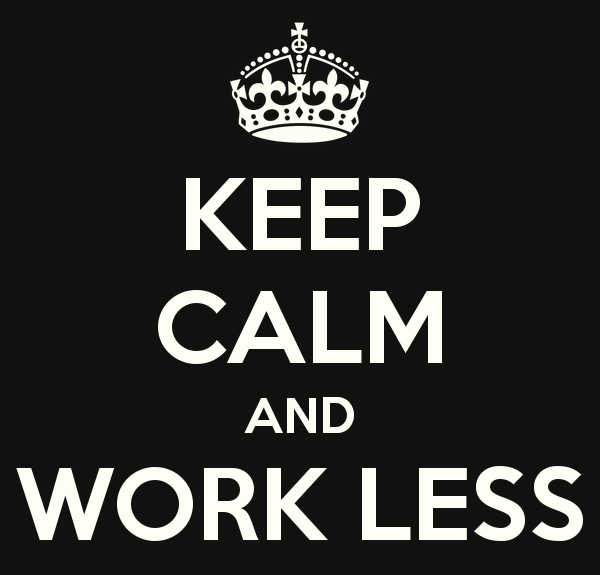 In Sweden, citizens have really taken the adage “All work and no play makes Jack a dull boy” to heart. In fact, the Swedes are testing the waters of a very enticing future – work less, play more. Some experts in Sweden want to prove that they can get more out of workers by replacing the standard eight-hour workday with a six-hour day.

The city of Gothenburg will divide its municipal employees into two groups from July 1, 2014: those working 6-hour days and those working 8-hour days. The two groups will be paid the same. After one year, the government will decide whether or not to keep and extend the program. According to the Left Party deputy mayor, Mats Pilhelm, they hope to see results in the form of employees feeling better mentally and physically, taking fewer sick days.

Efficiency seems to be directly correlated WITH the length of shifts. Shortening that time could increase the number of jobs to make sure all hours are covered, boost hourly productivity, cut down on work-related stress and save Sweden money overall. The idea has its opponents, but it also has plenty of supporters.

In 2002,  the Toyota factory in Gothenburg lead the way, instituting 6-hour shifts paid at the same rate as the 8-hour shifts. The results? Less turnover, fewer breaks and more productivity. Not only do workers take fewer sick days, they also stay more focused on their tasks.

One of the workers at the factory says the shorter day is more efficient because it requires fewer breaks. “Every time you have a break, it takes 10 to 15 minutes to get back to work, because you have to see where you were when you left off,” he said. By reducing hours, Toyota also reduces breaks, which immediately improves productivity. These benefits could create a more efficient workforce that gets more done in less time.

Toyota’s Gothenburg branch also pays their technicians more than the national average for the private sector after seeing such positive outcomes from their decision to switch to a shorter day, and they don’t intend on extending those hours again anytime soon.

Swedish authorities want to find out whether this approach actually works. If the experiments shows positive results, more government employees may switch to six-hour days. Sweden has always set the curve when it comes to taking care of workers and has consistently reaped the rewards of a loyal, dedicated and highly educated workforce. 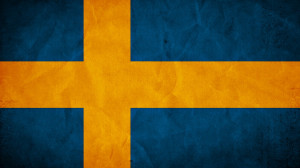 This is the first 6-hour workday side-by-side experiment that has been undertaken. Labor allies are hopeful it will produce positive results.

Some economists consider the experiment dangerous, warning that shorter work days could cause unsustainable economic conditions, especially if workers receive the same wages for fewer hours. These critics point out that cutting hours by 25 percent cannot possibly lead to higher levels of productivity to justify full-time wages. City Councilor Maria Rydén, a Moderate, called the proposal a “dishonest and populist ploy.” With elections around the corner, it’s hard not to suspect a connection.

Work is a Marathon, Not a Sprint

Sweden has tremendous wealth for a country where people do not work long hours. In Sweden, the average person works 1,621 hours a year. The average U.S. worker puts in 1,790 hours a year. In Britain, it’s 1,654 hours.

In terms of productivity, Sweden is not at the top. The US and the Netherlands have higher productivity rates than Sweden. Still, Gothenburg should be applauded for their bold experiment. Sweden ranks high in terms of productivity, at number 11 out of the 61 countries studied. With life spans increasing, employers need to start figuring out how to maintain loyalty and decrease turnover among experienced, highly skilled workers. In order to keep employees from burning out, employers need to consider how to keep work stimulating. The change in schedule is one way to do so. Pilhelm adds: “People have long work lives, and it’s necessary to think of ways to create a more humane environment for them in the workplace.”

Whether or not this is the way to achieve that goal, demographics suggest it’s an important one. A recent Gallup poll shows that Americans are delaying retirement at record-setting rates. Finding a way to keep older workers engaged is an economic challenge that demands the best data we can find. Also, working longer hours doesn’t necessarily mean that a country becomes more productive. Mexico, for instance, has a very low productivity rating even though the average person spends a whopping 2,226 hours per year at work.

Perhaps there is middle ground where people are highly productive without working what many countries consider part-time hours. If there is, Sweden’s experiments will likely find the sweet spot.

However, it’s not just the adults of Sweden who are seeing a benefit of more play integrated into day-to-day life.

In ugust 2011, Vittra, a Swedish school system, opened a school called Telefonplan, which takes classrooms out of the learning equation. Designed more like a makerspace than a school, the kids are allowed to work independently on their laptops or with peers throughout the institution replete with open, creative furniture and innovative collaboration areas.

With signature “Learning Spaces”, a schoolyard where play is encouraged and an emphasis on digital resources as important facets of education, Vittra, too, seems to be embracing a world where creativity reigns.

Sweden is not the first to try their hand at making work and studies feel less like work, and hopefully they will not be the last. For now, we’ll just have to see how things unfold after this endeavor, but it seems more and more people are looking for new ways to inspire high performance and an enhanced quality of life.

Other countries and businesses should consider how they can improve productivity too, whether that means reducing hours or using gamification to keep workers focused.