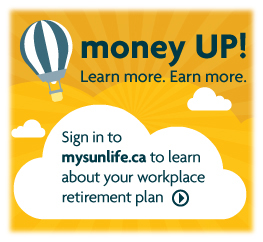 Sun Life Financial (@SunLife) has employed gamification to interact with a broader demographic in an effort to better promote its group retirement services. The company partnered with Bunchball in order launch its “money UP” campaign in Canada at the end of 2013. Sun Life’s success with gamification certainly helps to dispel the myth that traditional companies cannot benefit from it.

Sun Life specifically developed its gamification platform to increase awareness and participation among Gen Y members (aged 21-35). The results were impressive. During 2013, until December 8, Gen Y participation at the company’s website for employees of its client companies was 24.5 percent. Money UP was then launched on December 8, and from that date until March 9 of 2014, 32% of participants were Gen Y individuals.

This 29 percent growth in Gen Y employee engagement in just a three-month span was important to a company that really wants to involve younger employees with the employer-provided retirement and savings programs they offer. Sun Life recognizes that these younger workers face innumerable distractions and competing priorities in the workplace. The company saw gamification as a way to engage Gen Y employees about a retirement that, for most, is still decades away.

Interestingly, money UP has apparently intrigued users across a much wider demographic. Sun Life may have been motivated to develop money UP with Gen Y employees in mind, but it turns out that Gen X (ages 36-45) and late boomers (ages 46-55) have participated in significant numbers over the first three months as well.

The early success of money UP already has Sun Life looking to the future. It now plans annual campaigns that will seek to more firmly establish money UP as one of the company’s most important education tools. Also, the company plans to come up with new missions to bring users back on a regular basis. One goal is to get workers to review their asset allocation on a more frequent basis.