One of the biggest problems that doctors have is getting patients to take their medication as directed, and keep taking it for the duration of the prescription. A Connecticut neurosurgeon came up with a game that encourages people to stick with the drug regimen. 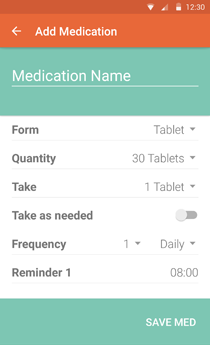 Dr. Katrina Firlik co-founded a company called HealthPrize, which developed gamification mobile apps – specifically, an app that gave patients rewards each time they took their medication. The reward points are similar to those awarded in the games Candy Crush or Fruit Ninja. Now HealthPrize is partnering with West Pharmaceutical Services, a company whose products include devices for injectables such as insulin. With West Pharmaceutical’s device, the injection of a drug triggers a ping on the patient’s smartphone. HealthPrize tracks the pings. With enough pings, a patient can collect rewards that include Amazon or Starbucks gift cards, cookbooks, or even donations to a favorite charity. In the case of HealthPrize, the rewards are paid for by the pharmaceutical company.

HealthPrize has conducted some of its own research into the effectiveness of its app. The company studied 300 patients using its product over 20 months. HealthPrize says that on average, the patients were 54 percent more likely to take their blood pressure medication than patients who were on the same drugs but were not using the gamification mobile app.

The mobile app might add an element of fun to taking medicine, but missed medications is no fun and games. HealthPrize cites research showing that poor patient adherence to their drug regimen leads to more than $290 million in unnecessary health care spending. Firlik, in a blog post, says the mobile app gets people to stay with a drug regimen early. The first 90 days of a prescription are when a patient is more likely to experience side effects, which could lead them to stop taking their medicine. If HealthPrize can get patients on a drug routine early on, the patient will learn to stay with the program – game or no game.