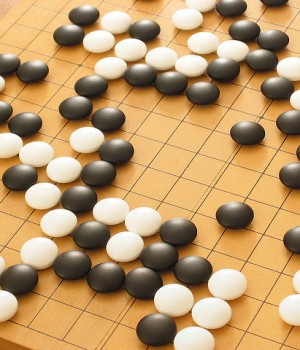 Software that incorporates game-based training has made great strides in helping people improve their performance. It turns out that software can learn, too. A novel software program developed by a division of Google has finally beaten a human at a board game, which marks a breakthrough that carries implications far beyond gaming. Researchers say this gaming victory marks a promising beginning for artificial intelligence.

Details of the computer program’s victory in the ancient Chinese game Go were published in the scientific journal Nature. To play, players move black and white stones on a grid with the objective of securing territory. Surrounding an opponent’s stone leads to its removal. To win, a player must secure half of the board. While Go’s objective is straightforward, the board presents hundreds of options, each of them leading to a complex combination of strategies and moves. “There are more Go board configurations than atoms in the universe,” Cosmos magazine says. “Computer processors are nowhere near powerful enough to run through them all.”

Google’s artificial intelligence unit, DeepMind, developed a software program to take on a human challenger in Go. Called AlphaGo, the program doesn’t try to process all of the possible Go moves. Instead, Cosmos explains, the program uses a Monte Carlo tree search, which involves sampling the most promising moves and running through different scenarios.

Beyond the Monte Carlo search, AlphaGo also uses what’s called deep learning to assess the quality of its board positions. From there, the software can discover and develop new strategies, an approach that DeepMind scientists compare to human imagination, according to Cosmos.

While these artificial intelligence capabilities sound promising, they do raise potential pitfalls. Human intuition can be wrong, notes The Guardian. Conclusions reached by artificial intelligence software could lead to incorrect answers, just as humans process information and sometimes reach incorrect conclusions. After all, when two humans play a game against each other, the reasoning of one wins out over the other.

But researchers express confidence that AlphaGo’s ability to independently strategize could lead to new problem-solving capabilities in the real world. Demis Hassabis, co-founder of DeepMind, says in a blog post that the potential applications of this artificial intelligence technology spans far and wide – limited, perhaps, only by human imagination.

“Because the methods we’ve used are general-purpose, our hope is that one day they could be extended to help us address some of society’s toughest and most pressing problems, from climate modelling to complex disease analysis,” Hassabis wrote. “We’re excited to see what we can use this technology to tackle next!”