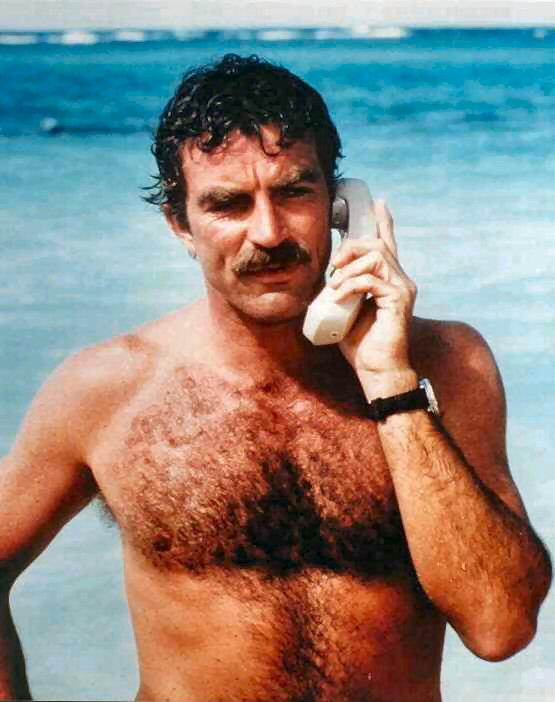 The Following is an Op-Ed by Betty Adamou of ResearchThroughGaming

In November 2011, I spoke at the Family, Kids and Youth conference in London on using Gamification in Research. As many readers will know, Gamification and playing games is nothing new- but it is in the Market Research industry and was unheard of as potential tool to use within Research until I, and a few of my industry peers began  talking about it at conferences and writing for online publications. I can only liken the Market Research industry to my dad (who is 66). Old, but with an interesting and colorful past and capable of so much more, if only he could keep up with the times. (I think it’s worth noting here that Tom Selleck is NOT my dad.)

I think that image is the perfect human representation I could find of the market research industry today; there is something strangely appealing, perhaps even a little bit sexy? but certainly there are other, more modern options out there that people that are willing to take.

Despite all of the wonderful things Market Research can do, we have one big problem; traditional online surveys can be incredibly boring. It seems that while the rest of the web moved on, online surveys stayed stubbornly back in the 90’s with only a format Internet Explorer could love.

We’ve tried to spruce the things up with some Flashed based components embedded in surveys, but this hasn’t helped engagement all that much.

Boring surveys and surveys where there is no real feeling of achievement for taking part has led to higher drop-out rates, lower response rates and some companies going back to face-to-face.

My concern is not just that we’re boring the life out of our loyal respondents (who were once excited about the idea of helping shape the world through their feedback) but that we’re also seriously putting-off the next generation of respondents and jeopardizing the future of online surveys.

So, as a response to these facts, I left my old job to start Research Through Gaming and hopefully, get people in my industry to think seriously about using Gamification in Research.

This is why I carry out Gamification workshops and conferences, as I want the entire industry, its clients and respondents to have a better experience with research, and not just keep it to myself within the walls of Research Through Gaming.

My thinking is this: If one respondent has an enjoyable experience taking part in research then it’s likely that this experience will spread by word of mouth and get more people taking part in surveys for the betterment of the market research industry at large and in the future.

In research, it’s well known that young children, especially boys are notoriously hard to reach, so when our client approached us after the Family, Kids and Youth conference and wanted to do a study speaking to 7-10 year olds, I was prepared for this project to take quite a while to finish. Our client on this project was from the publishing side of a major TV and Broadcasting organization here in the UK. They wanted to speak to these children on their thoughts about their magazine content and advertising as well as other areas like; what the children do to have fun, what music they like and which celebrities are the most recognizable to them. The client chose to ‘rent out’ the Teens Room from our Playspondent™ Playhouse for this project. The Playspondent™ Playhouse is our virtual home with virtual rooms. With our gamification platform, all respondents are required to create an avatar which is then immersed in a virtual room. The girls and boys rooms look different, of course depending on their gender; so essentially, we had made two ResearchGames™ for this client. (ResearchGames is a name I created for the type of surveys we make). Our client wanted to achieve 500 completed surveys from the 7-10 year olds in 2 weeks.

We had to think carefully about the huge difference between the reading and writing abilities of 7 year olds compared to the 10 year olds. We knew the game we made HAD to be easy to understand, easy to play and be fun to do without being too babyish for the 10 year olds but not too complex for the 7 year olds.

And so, ‘Magazine Question Hunt’ was born. The respondent would make their Avatar, and be immersed in the Teens room with the goal of finding stars around the room (some hidden in drawers or cupboards) in order to get through to the bonus game of ‘Celebrity Challenge’ at the end. The respondents were given their regular incentives by the panel providers as well as the incentive of recognition and reward which was created for them through the game we made. You’ll be pleased to hear, dear readers, that we managed to achieve 700 completed surveys in half the allocated time – in just under 7 days! “Magazine Question Hunt” was a hit and we had so many positive comments about our ResearchGame from the children afterwards. We had over 85% positive sentiment from the children when they were asked “What did you think of this ResearchGame?” While it was lovely to see the words ‘awesome!’ and ‘loved it!!!!’ throughout our data files, it was also useful to see children really taking the time, even after the survey, to give us ideas on how to make the game even better in the future.

Now don’t get me wrong, this project wasn’t without its highs and its lows but we were still incredibly proud of what we had created.

Even after we removed some of the duplicated surveys (as some children loved it so much they came back to play again and again despite not being able to get the incentive twice from the panel provider) and removed the out-of-quota responses (all those surveys which were completed by children over 10 and younger than 7) we were still left with 545 completed surveys. The Panel Manager at Swapit Research (who specialize in research with children) said it was ‘miraculous’ and had gone on to say that he definitely felt that the game format was the key to keeping the children engaged, as the survey was typically a little longer than what the children would usually do. This study, along with many more that I’m sure we’ll create in the future, is evidence that Gamification has its firm place in the Market Research industry. I’ve seen from my comparative focus groups with adults that gamified research allows for better respondent engagement and I end up finding out so much more about the respondents as people, as consumers – and the same goes for the comparative focus groups I’ve run with children at my old primary (elementary) school here in London.

So, to all those people who thought I was insane you may have been right. Taking the risk to leave the norms of a job to set out on your own is difficult for anyone to make, but to try and pioneer a new methodology of research for the first time in an industry’s history is even scarier but at least now I know: Gamification in research is here to stay!

Betty Adamou is the CEO and Founder of technology start-up ResearchThroughGaming  (gamification for research) and founder of seedling tech start-up ‘PlayingToDrive’   (Gamification for learning how to drive). Betty has spoken about Gamification in Research at conferences around the world and hold workshops with the MRIA, MRS (Market Research Society) and Ark Group (on Gamification in business).

‘Research Through Gaming’ started in July 2011 as the first in market and only company specializing in gamified surveys in the world. Research Through Gaming is a GRIT Top 50 Innovative Firm (awarded this year) and Betty has received the Ginny Valentine Award for Bravery in Research: Entrepreneurial Spirit 2012.

Betty is also a huge surrealist art lover and her work can be seen online under the alias name ‘OohBlackBetty’.