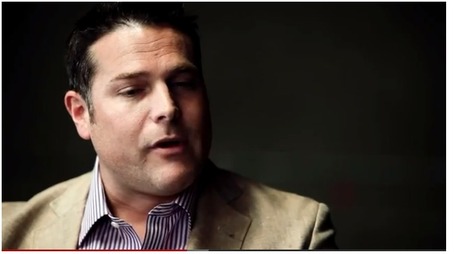 Its amazing that the sole act of watching TV has been replaced with watching TV while on your phone/laptop/tablet. And thus the concept of the “second screen” is born. We’ve become such distracted and consumption driven individuals that no one medium of entertainment is enough for our brains. While this may sound like a negative thing at first, nobody really understood the inherent synergy that exists between these two devices if they’re being used to consume the same media together. That is…until Jesse Redniss saw this opportunity and became one of the earliest pioneers of gamification for television media.

Club Psych, SuitsRecruits, and even the Latin Billboard Awards have seen tremendous success with engaging consumers with using the second screen in conjunction with gamification and social media. You can even see these levels in engagement from Jesse’s presentation from GSummit 2012.

But this is old news now. In fact, Jessie’s previous work as a digital supervisor for Atari and Midway, his work in the music industry at Volatile Media and Sony, and his work in numerous leading advertising agencies can all be considered old news now. But only because Jesse has refined these second screen engagement techniques and taken them to the next level.

Come see Jesse’s new most current findings on the future of television by attending his talk at GSummit SF 2013. His work at USA Network/NBCU is easily setting the new standard for digital media and Jesse will shares his insights, challenges and keys to success for their blockbuster fan engagement programs. Did I mention that Jesse has these three mystery facts about him too? Try and guess which one is false:

Be sure to catch Jesse and much more consumer engagement techniques at GSummit SF 2013.