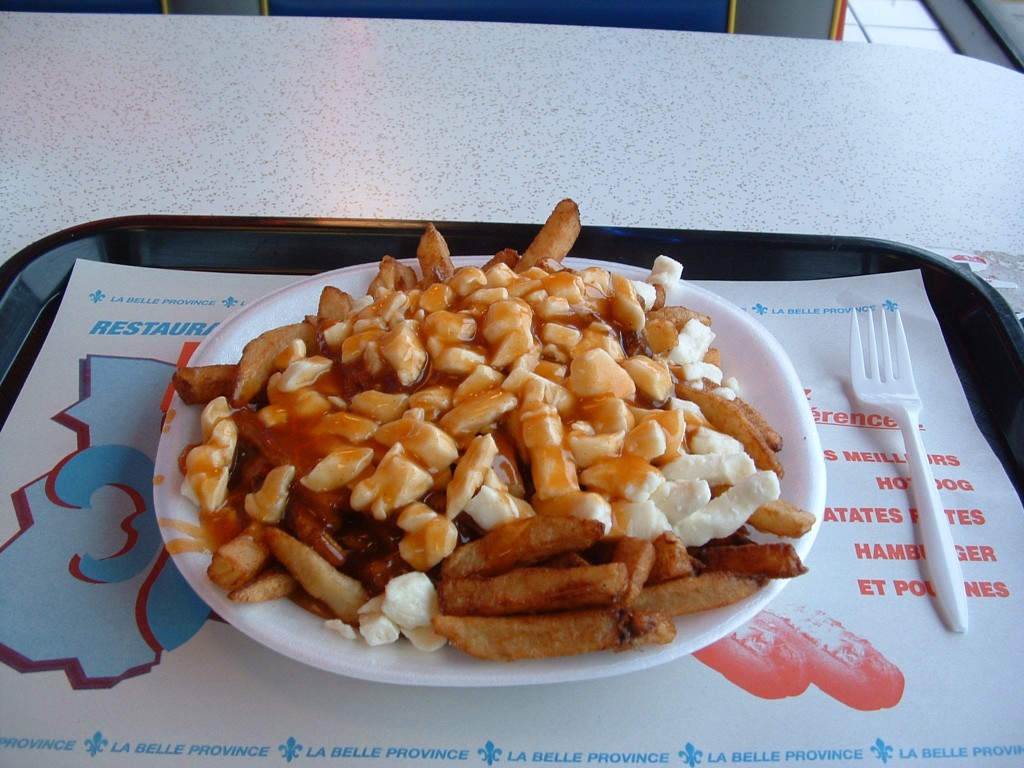 Canada’s gamification efforts are being heard, especially with Audi Canada’s recent reimagination of the test-drive and VIP public transport but something much more important and dear to all my heart has become a gamified experience, and that’s Montreal’s decision to gamify Poutine Week for all the food adventurists participating in it last week.

Poutine Week or Semaine de la Poutine Week is a celebration of the delectable poutine: a dish consisting crispy french fries topped with gravy, and cheese curds. Looks something like this:

The event features 30 prominent restaurants with unique poutine dishes being served at special prices. Eaters are invited to vote on their favorite places and the best poutine dishes will be declared at the end of the event. This is where the gamification aspect comes in. Logging into Poutine Week’s website will allow you to vote on restaurants, earn achievements, compete on the leaderboards, and win some prizes.

It was pleasant to see actual physical prizes being offered as rewards for users, like gift certificates to a spa, official Poutine Week stickers, and even a portable speaker but it was strange to see their top prize of a $15 poutine beanie (which I love) be 1500 points out of reach from the highest scorer on the leaderboard.

The restaurants being voted on also had their own leaderboards as well, which raised some concern for gamification design:

Poutineville takes the top spot with its Ontario St. location and has two more of its restaurants in the third and fourth positions as well. Anytime a contest is being determined by crowdsourced votes, there is always a potential for abuse. Just as we discovered cheaters in our own GAwards judging contest, it’s possible some that Poutineville may have had some influence over the outcomes of that leaderboard.

The discrepancy lies in the game’s reliance of voting as the main scoring mechanic to earn points. Even though the voting was only possible by using temporary score-cards available at each location, the potential for abuse by recruiting a team of voters would still be possible. This would be easily noticed by looking at the user voter activity towards the bottom of the leaderboards and seeing if they were biased towards any particular restaurant but since we’re only capable of seeing the Top 5 users, there’s no way to know for sure.

Regardless, I’d give Poutineville a vote simply for that pornographic picture of poutine. Despite the potential for cheating, Poutine Week’s decision to bring more user-interactivity into the food tour experience is a wonderful idea and it seems to have worked out great for them.

And being in Manhattan right now, I suppose I’ll have to stuff this poutine craving with a visit to Pomme Frites…