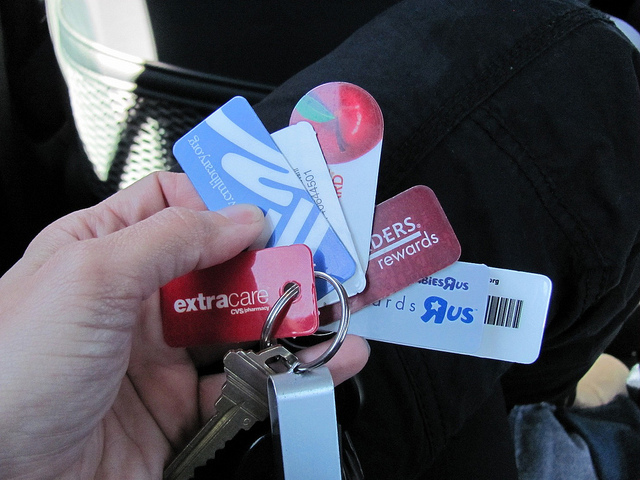 Loyalty programs are nothing new. They all work under the simple premise of “more you do business with us, the more we will recognize your loyalty in the form of discounts and/or prizes.” For example, airlines give out frequent flyer miles that can be redeemed for free trips depending on how many times you have flown with that certain airline. Loyalty programs extend to any and all retail, from airlines to Starbucks to your local gelato store. However, did you know that in 2011, it was reported that Americans accumulated $48 billion dollars on loyalty programs. What’s worse, $16 billion of that $48 billion went unredeemed. Would you ever want to throw away a third of your money? It is obvious that loyalty programs are not operating at optimal levels for both producer and consumer. Consumers not using their loyalty programs to the fullest mean that businesses are saving in the short-run.

Although short-term saving is beneficial, customer loyalty in the long-run decreases due to various frustrations caused by complex terms of usage for the loyalty program. It is even reported that the average household is a part of 18 programs, and that number has surely grown since 2011. The problem with this is that those 18 programs offer similar structures to how consumers participate in each program. With all programs being carbon copies of each other, most Americans lose track of the rewards programs they are part of because of similarity.

One could argue that it is the job of the consumer to keep track of his/her rewards status, but it is important to know that people want a hassle-free experience. This means that the most effective loyalty programs are easy-to-understand in terms of point accumulation and reward redemption.

The programs that offer the most options to earn and redeem tailored prizes wins. For example, customers who like to travel should be given a program that allows them to accumulate travel points for every gas and grocery purchase. Another example is that Caesers Entertainment has different offer options for those who live close to their venues as opposed to those who have to fly.

The yearly $16 billion lost by consumers were mostly due to expiring rewards. Smart, savvy customers calculate how far along they are until they reach their goal or prize but not everyone can keep track of all their programs. Any blindsided decision to change the expiration date of a program will surely make people angry. It is important that your company clearly communicates any expiration date policy changes to consumers.

Make unique deals with other companies to drive faster accumulation of points as well as to potentially increase amount or prestige of prizes. An example of this would be how gas stations and supermarkets have partnered to offer points under the same program. Programs like that allow customers to kill two birds with one stone. Who wouldn’t get excited?

4) Look Beyond Value of Dollar

Offer prizes that don’t necessarily have a dollar value associated with it. For example, this could be that an airline runs a raffle every week for people to win prizes. Such prizes could include free Wi-Fi, free hotel nights (if the airline partnered with a hotel chain), or free access to airline lounges. To enter the raffle, flyers will have to pay a small amount of their frequent flyer miles. Try to incorporate perks without requiring any immediate purchase from the consumer.

Most programs differentiate prizes and perks by having silver, gold, and platinum tiers. The better the tier, the better the prize. However, consumers are usually worried that the best tiers are frankly impossible to attain. By providing them with tailored suggestions as to how to move up the tiers as well as lowering qualification standards, revenue per customer will increase.

Understand your customer base and provide open channels of communication. Give people an easy way to check their current points status and reward options. Loyalty will increase if customers feel like the company is catering to their unique lifestyle.

For even more insights on making successful loyalty programs, read on about the top 10 coolest trends happening in loyalty by TIBCO LoyaltyLab CEO, Mark Goldstein.