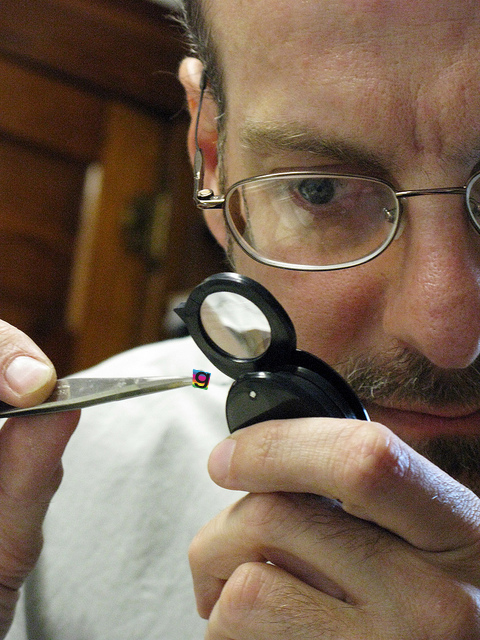 Lets focus the gamification name debate towards something more useful

There were many brilliant stories of successful case studies and tactful use of engagement techniques at GSummit 2013 but a common qualm about the concept of gamification was made clear in a number of presentations:

Various high-profile speakers, including 2 of the top 10 speakers at GSummit 2013 (Schell and Werbach), explicitly mentioned their displeasure at the g-word and offered a number of alternative names like “motivational design” or “human-focused design”.  From what I understand of the complaints, the g-word has negative connotations to it and provides a limited scope through which it can be understood. Many of these complaints are valid but the fact is, if you’re someone who is interested in gamification and/or is working towards implementing it in your own organization, it really doesn’t matter and here’s why:

There are two camps people divide themselves into two camps when they hear the word gamification — they either hate the concept and dismiss it immediately or they become inspired and very excited about the idea of it.

I imagine that those reading Gamification.Co and other articles on this site belong in the latter camp. I feel very strongly that much of the criticisms tied to gamification are rooted in how the name was initially perceived and poorly designed gamification systems which make up the majority of the examples out there. Yet, gamification has existed for a very long time and predates the name we give it now.

Gamification as a word that has unclear origins and was conceived around 2010. Even though the term itself only emerged in 2010, the name has been popularized to form communities and discussions about the idea at large. Changing the name now won’t improve the poor designs most people are doing and it won’t save the 80% of failures that will happen by 2014. If you care about the concept of gamification, which I suspect you do, then move on from the semantic debates and just figure out what naming convention works for you and your cause.

I had a panel discussion at GSummit with a number of gamification experts from consulting firms and Bart Briers of CTG retold a story about gamifying a process for a client. Bart is very fond of gamification but is aware that it’s not a familiar term in Europe, so he simply came up with a plan with gamification elements, executed the plan, and gained results. It is only after receiving these results that he decided to explain to his client that he had used gamification. On the opposite spectrum, when Sascha Goto of McKinsey wanted to propose a gamified idea to improve internal processes, one colleague exclaimed that he did not want his job turned into World of Warcraft. How you decide to propose the concept of gamification can be a tricky prospect but the onus is you to understand who you’re appealing to and alter the name accordingly to get them excited.

Even if the g-word won’t excite everyone right away, an actionable plan with proper gamification design and goals, should. And if you so happen to execute and it fails then that’s that; a gamification failure won’t be a result of whatever it is you called it in the plan proposal, g-word or not.

The gamification concept itself in name is not meant for being heraladed as the shining solution to every problem and rightfully so, since most people who try it will get it wrong. It is merely the name that the community has come together under and is able to talk about. Regardless of what you think of the name the ideas will still be around after the g-word is long gone. We can and should devote our time to a more intelligent discussion about how to effectively use these tactics rather than a more appealing way to describe the idea because the underlying strategies ultimately remain the same.

Given the general reaction to the g-word at GSummit, I do suspect that the term will be slowly phased out but it still doesn’t matter — we (both opponents and proponents) are all going to continue talking about how it is affecting all industries for years to come and as long as humans still continue to play, then gamification, motivational design, chocofication — or whatever it might be called next — will continue to exist as a topic of discussion.