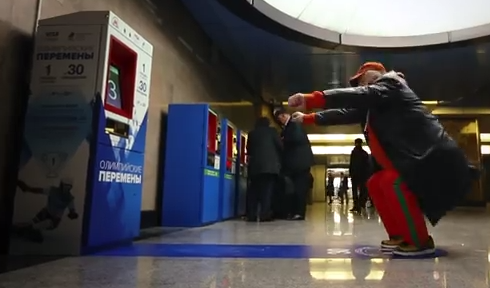 Moscovians Are Challenged to Exercise for Free Transportation

The XXII Olympic Winter Games in Sochi approaching fast and organizers are turning to gamified solutions to bring exercise into the daily lives of busy Moscovians.

Much like this 2011 French Contrex commercial fueled a striptease show on an outdoor wall by the energy generated by female bystanders, Russian creative agency MOST Creative Club turned a typical subway ticket vending machine in Moscow’s Vystavochnaya station into an Olympic one.

Equipped with webcams, the ticketing machine issues a free ticket (worth $0.90) for every 30 reps of squats performed in front of it. The machine has attracted attention of both young and elderly commuters in West Moscow. To promote the campaign, the notoriously popular Russian ballerina Anastasia Volochkova showed off her athletic form by performing ballet plié-type squats, yet did not use the free ticket issued by the machine, leaving in her private car. Some participants said it was a challenge, but the reward was motivating. Wannabe athletes can exercise and ride the subway for free until December 3.

The machine is a part of the Olympic Change campaign organized by the Russian Olympic Committee and VISA, which aims to engage the public in daily exercising (as opposed to passively watching the winter Olympics in February 2014). The committee looks for small, local, easy-to-implement ideas that would make the lives of Russian city-dwellers more active. 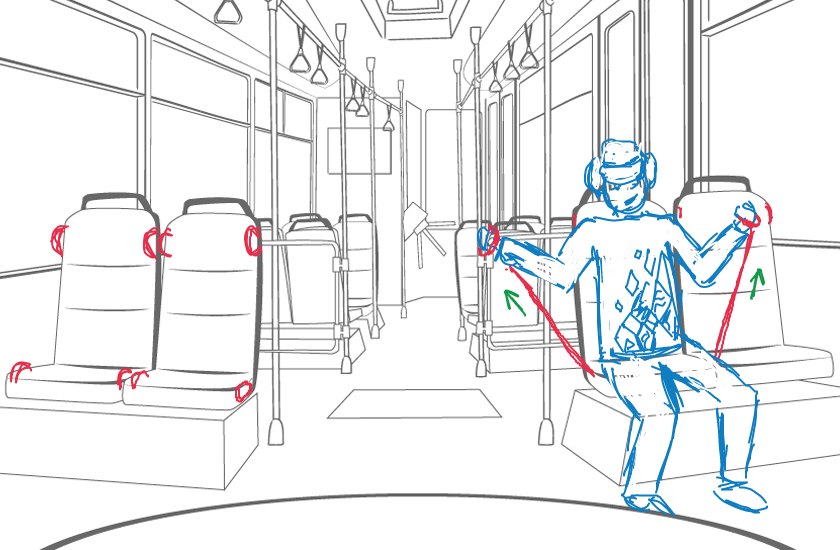 Participants are offered to gamify a stroll in the park, a train or bus commute, walking in the street or airport waiting time… even relationships! Among already submitted projects, there are suggestions to turn bus handles into training bars or pulling on fitness expanders throughout the ride. 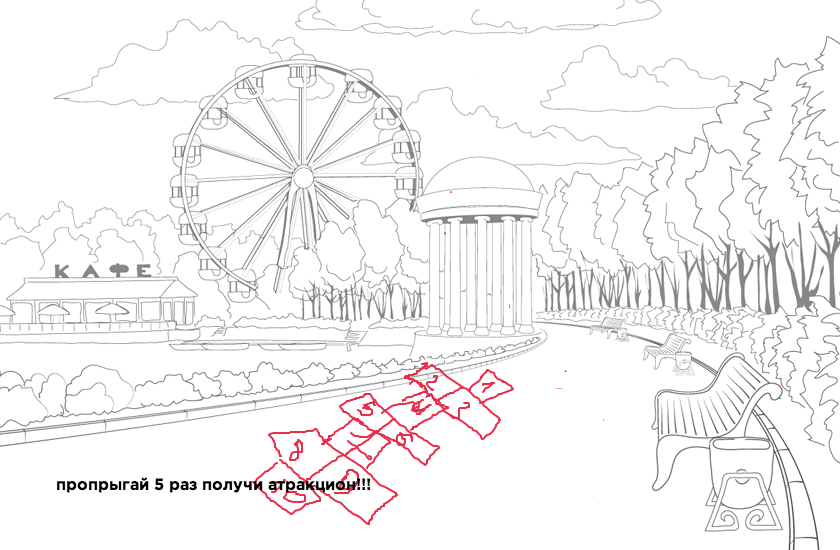 “Jump and get a ticket to the ferris wheel!” 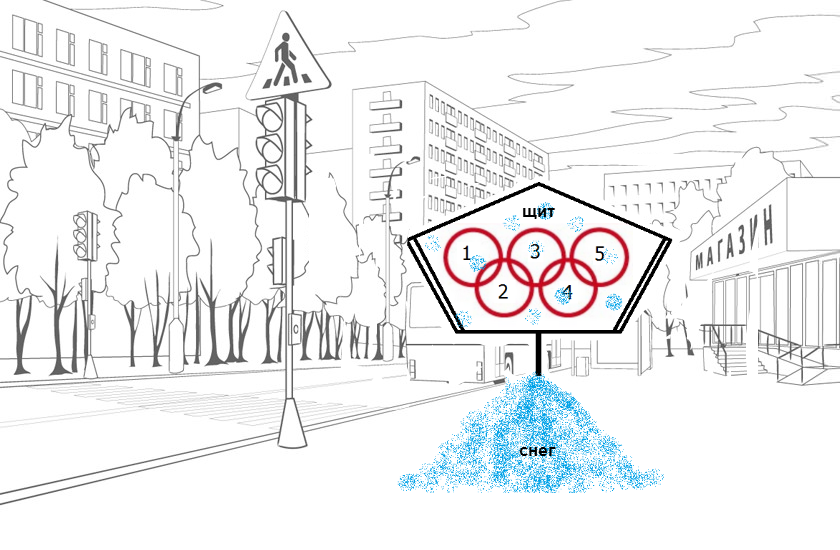 Too much snow in the streets of the city? Gamify accumulating it in one place by asking people to throw snowballs at a non-stick target board! 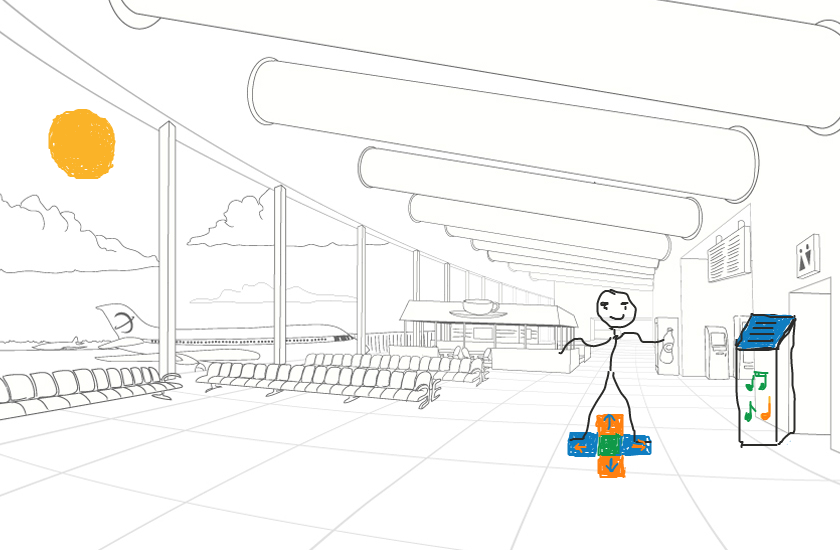 Long layover or cancelled flight? Dance while you wait at the airport! 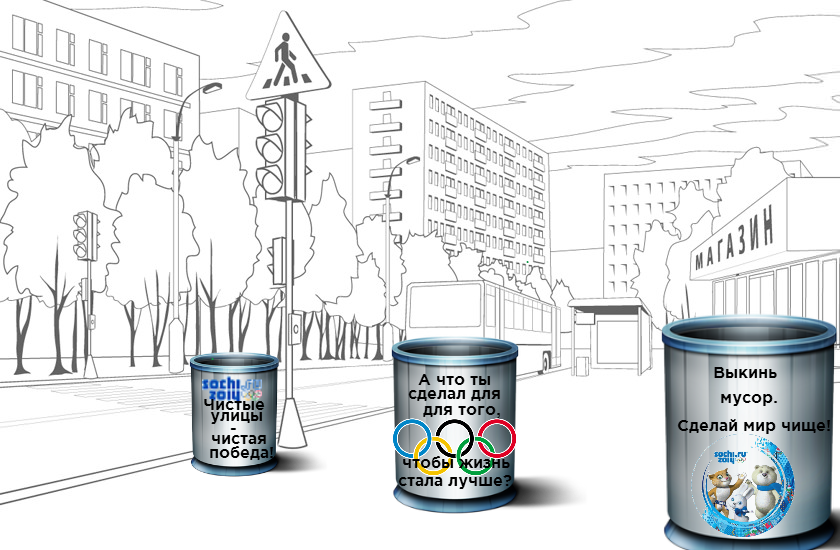 There are also socially-oriented ideas feature a no-littering submission. “And what have you done to make life better?” asks one of the garbage bins.

Anyone can submit their ideas until December 17, with the best idea to be implemented, and the top winner will be taken to see the Sochi 2014 Olympic Winter Games. What gamification ideas can you come up with to get into the Winter Olympics?

In the end of January – just in time for the Olympics, the winner – “Live Energy” – was revealed. Implemented on the façade of a sports school in Samara, a large city in the southeastern part of European Russia, the project sports the national flag and a slogan “We’re rooting for Russia”. Indoors, kids cycling on a bunch of exercise bikes during school hours can power a light installation via their kinetic power (coincidentally, very similar to the French cycling example referenced above). Then from 3PM to 9AM they can see the result of their daily effort.

The author of the winning idea was rewarded with a trip to the XXII Olympic Winter Games in Sochi. 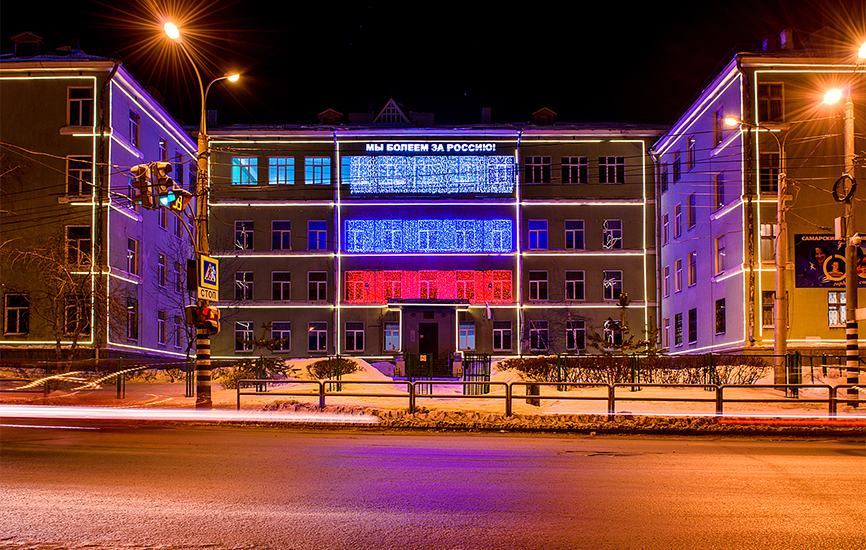