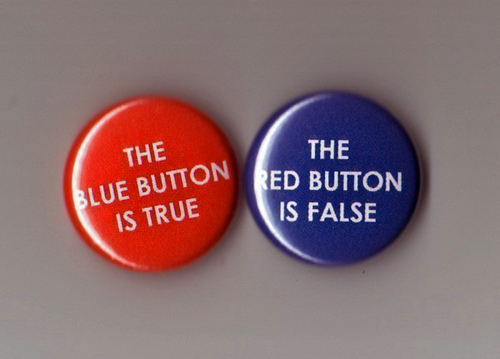 How Gaming Keeps Us Learning for Longer

“In the realm of strategy, only contradiction and paradox work. Common sense and straightforward linear logic always fails” – Edward Luttwak

According to Charles Handy, success belongs to those who learn to embrace complexity by reconciling the contradictions of this world. Gabe Zichermann gives an example of these contradictions with gamification: If you want to design a great educational game, focusing on making it educational as the main priority will make your game fail. These paradoxes are crucial in understanding the neuralpsychological theory of Ian H. Robertson when he says that praising a child for his intelligence will eventually have him believing he’s stupid (or even make him so).

Neuroscience is now discovering the tremendous effect a good narratives has on the formation of our brain circuitry. One impact of these narratives is developing what’s called “Fixed” and “Growth” mindset towards intelligence. Brain scans show that children having these different mindsets have their brains wired in different ways, which have huge learning impacts. Robertson explains some findings: 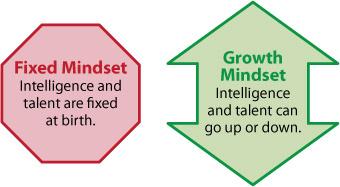 Fixed Mindset: They believe people are born with a specific intelligence and there’s nothing that can be done about it.

A child with this mindset will experience a flash of electricity when told his answer is wrong, which means he’s having an identity crisis. His brain is interpreting the wrong answer as evidence that he might not be as smart, and may end up believing he’s stupid. When told the correct answer there’s very little brain activity, meaning he has not stored the correct answer, he has a learning disability.

Growth Mindset: They believe people’s intelligence can rise or fall depending on their effort or negligence on improving it.

These two different mindsets will literally rewire their brains differently and either create an unconscious learning disability or learning predisposition.  Game based learning in general creates a growth mindset. In games failure is a process of discovery, it’s fun to struggle to solve a problem. That’s the core of games: Dopamine rewards for learning and solving problems. Traditional learning tends to create a fixed mindset, a context were getting a wrong answer is dreaded. A Stanford study by Carol Dweck and Lisa Trei shows how you can generate these different mindsets through either praising a kid for being smart (creates fixed mindsets) or on their effort (creates growth mindsets).

To summarize the video: fifth graders were given a series of puzzles which at first were easy to solve and were either praised for their intelligence or their effort. Once the different mindsets were created they gave the kids a set of much harder problems. The fixed mindset kids thought that encountering difficulty in a problem meant they weren’t smart, their confidence dropped and they wanted to go back to the easy problems. The growth mindset kids on the other hand had fun with the complex problems. They felt smart trying to solve them and making progress (importance in feedback), while seeing setbacks as a need to work on their effort or strategy, not a sign of their intelligence.

Our brains are hardwired to learn from trial and error (more on this in a future post), so avoiding mistakes will put the kid on a serious disadvantage. But it also gets weirder: Having a growth mindset becomes a self-fulfilling prophecy. Gabe Zichermann talks about a study revealing that juggling will increase gray matter, which meant learning any new task will make you smarter. Games are all about learning! A proper gamified educational program with fun mechanics and a narrative focused on creating a growth mindset will literally rewire the brain into a learning machine. The more you learn, the smarter you get. This predisposition towards self-development and learning through a growth mindset might be one of the greatest gifts we can give a child.

“I’ve missed more than 9000 shots in my career. I’ve lost almost 300 games. 26 times, I’ve been trusted to take the game winning shot and missed. ..I’ve failed over and over and over again in my life. And that is why I succeed“ – Michael Jordan