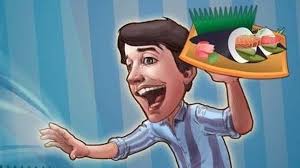 Do you have a Knack for talent?

The release late last year of the Playstation 4 and its launch titles, such as Knack, were greeted with a great deal of hype and a great deal of sales. For many, successfully launching a new gaming generation rests on the ways new platforms can innovate, evolving games to be entertaining in ways were never imagined before. Typically that means better processing power, new controller inputs, or even more technology integrated into the system. Yet, for the past few years, tech start-up Knack.it Corp has slowly progressed an entirely different sort of platform, one focused on innovating and evolving games in radically new ways. Not for entertainment, their games are for the gamification of business hiring.

This other Knack, founded in 2010 by entrepreneur Guy Halfteck, uses games to identify skills and talents (playfully called knacks) in their players. It is one of the many recent tech startups exploring how to use game mechanics in non-gaming contexts, often called gamification. While gamification has a myriad of purposes still being explored – worker motivation for one and general productivity for another – Knack utilizes gamification a bit differently. They are using it to broadly improve business hiring processes by aiding both employers and employees to identify talent.

In one of the company’s first games, Wasabi Waiter, players are given the role of a waiter in a sushi restaurant whose responsibility is matching the mood of the patron with a corresponding dish. Additionally, the player has to empty dishes into a sink, while quickly serving new customers with different requirements. To top all of that off, there is a time limit which adds even more urgency.

Wasabi Waiter was designed from the ground up to measure, collect, and analyze large amounts of data using special algorithms developer by an eclectic mix of video game designers and behavioral scientists. The resulting data identifies hirable strengths and skills – things like empathy or critical thinking – which in turn can be used as a replacement or supplement for more traditional hiring processes, such as using questionnaires and interviews. 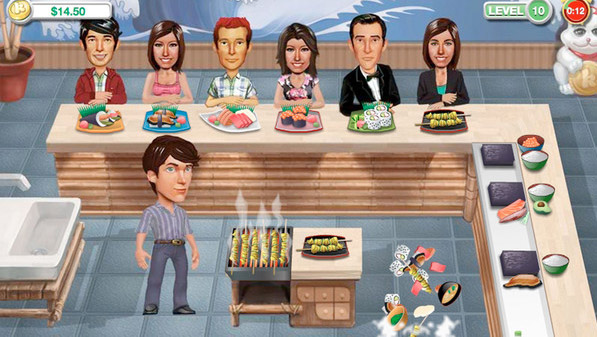 For serious gamers, this is not a complex or deep game, but the technology behind it represents an important cultural shift in how games are viewed. Knack recognizes that when people play games, they are more themselves than they might otherwise allow others to see. In everyday life, people tend to avoid conflict, but playing games gives us the freedom to embrace it. When gaming, they lose themselves in the experience, competing harder and harder to be successful, get that high score, or to hopefully win. Direct immersion through play gives Knack the perfect window to better understand the talents and skills of potential employees.

Gamification is a fairly new approach, rapidly changing how many corporations conduct their day-to-day business. Companies like Knack are still in their infancy. Recently, I had a chance to clarify my thoughts on what Knack is doing with the company’s CEO. He stressed to me the potential Knack has in the near future as a connected platform and how replacing job application questionnaires is only the beginning.

More than a single game or a series of games, Knack aims to become a cohesive, connected network that can expand far beyond simply replacing questionnaires and blind interviews. In the future, individual users of the platform may be able to take an established Knack profile to search for jobs seeking their specific skill-sets, humanizing an often dehumanizing process of sorting through resumes. Knack would give companies a way to actively look for users that fit their own hiring criteria, as well. While today’s methods are more like a one-way street where companies are beholden to traffic coming toward them (individuals applying for a job), Knack give more companies an opportunity to locate the exact types of employees they want to hire.

There are other implications of Knack that Mr. Halfteck wants to be considered as well. For one, the ability to identify strengths and weaknesses in its users gives Knack a way to directly assist people in assessing themselves quicker and more accurately than traditional standardized career orientation tests like Myers-Briggs. Furthermore, quantifying these traits may also lead Knack to insights improving certain skillsets, ultimately increasing the likelihood of being hired for individuals using the service.

Gamification may not fundamentally alter this generation of popular gaming, but it does increase the ubiquity of gaming in our culture. As games permeate society, increasing in popularity among nearly every demographic, it makes sense that games be used in ways beyond simple forms of entertainment or expression. Services like Knack’s can make hiring people with real talent rather than impressive resumes an easier task. They just so happen to be using games to do it.

Check out our interview with Knack CEO Guy Halfteck on our Gamification Revolution webshow.

Read more of C.T.’s musings on games by reading his blog at murfvs.net