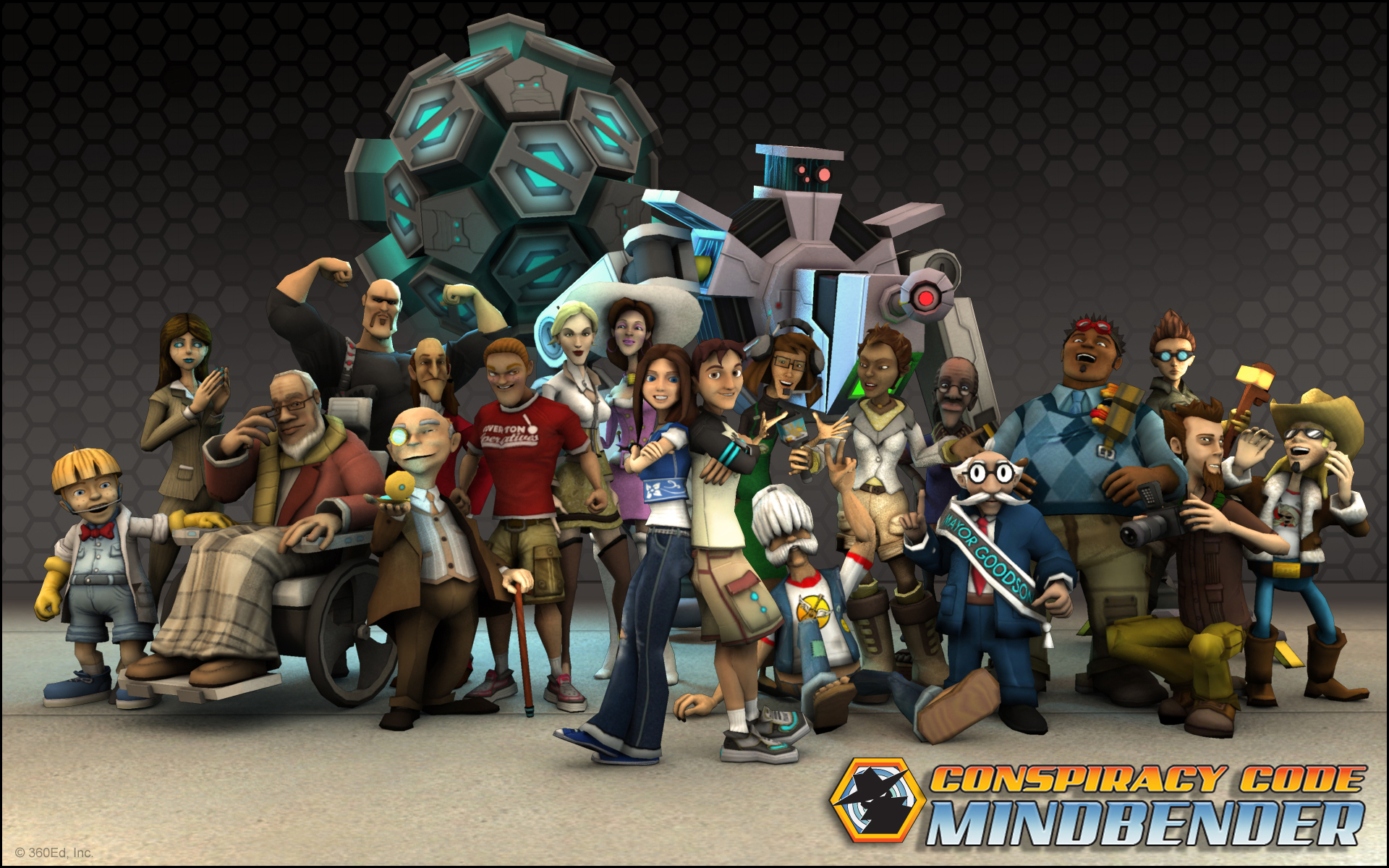 Conspiracy Code is a 3rd person action/puzzler game that teaches a high school American History curriculum. Students play the game as two teenagers named Eddie and Libby living in the near future community of Coverton City.

The scenario that the game lays out is that a secret organization called Conspiracy Inc. is attempting to take over the world by altering and corrupting key historic events. Eddie and Libby, under the guidance of a sentient computer named Ben, have to race to find clues to unravel the conspiracy. The clues just happen to be historical information that students would ordinarily learn from textbooks or classroom lectures. Along the way the students will meet important historical characters and witness historical events in an interactive adventure that are really assignments.

The game contains features to track the students’ progress in learning American history as well as safeguards against hacking/cheating. It features some of the best ideas of education by gaming, including flexibility and a reward based system. There are also features to allow for discussions to assess what was learned in a gaming session. Teachers can enter the interactive gaming world as an agent who can then guide his or her students.

The Virtual Learning Academy uses “Conspiracy Code” to teach a single unit of American history, divided into two segments, one covering the founding of the United States through the New Deal and the civil rights movement, the other featuring foreign conflicts from the Spanish American War through the War on Terror.

Check out the trailer for Conspiracy Code in the video below