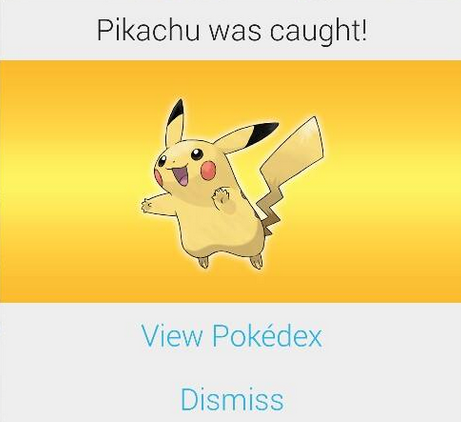 Catch ‘Em All Wherever You Are

It’s no surprise that Google would create an amazing and elaborate April Fool’s joke that would seem so incredibly possible. What is this joke? Google created a game with Google Maps to catch Pokemon. It’s the stuff of every Poke-fanatic’s dream with the potential for a title of Pokemon Master, a fancy business card, and a job with Google.

The best part is: it may be only half a joke. An update for Google Maps to be released today will allow players to find Pokemon with an unlimited amount of Pokeballs while using Google Maps when they explore the terrain.

Unfortunately for die-hard gamers, the Pokemon don’t fight back when you attempt to catch them. No matter, though, as Google has put 150 Pokemon on the real world for you to scroll over, exploring terrain, and catching Pokemon with the comfort of your smart phone. This is quite possibly one of the most epic April Fool’s joke that Google has come up with yet — and that’s saying a lot after the Google Nose or storing keys on Google Docs pranks.

If looking at past pranks can give us any indication of what to expect, Google will delight us over the next few days with gaming, hidden challenges, a few more hoaxes, and maybe even a reward or two if you do manage to catch ’em all.

If you’re looking to catch them all, Google gave its fake campaign a 2 p.m. PT, April 2 deadline for anyone interested in catching all 150 for your Pokedex. Don’t hold your breath for the chances of being rewarded with a job at the search giant with the illustrious title of Pokemon Master, though, even if you do catch them all.