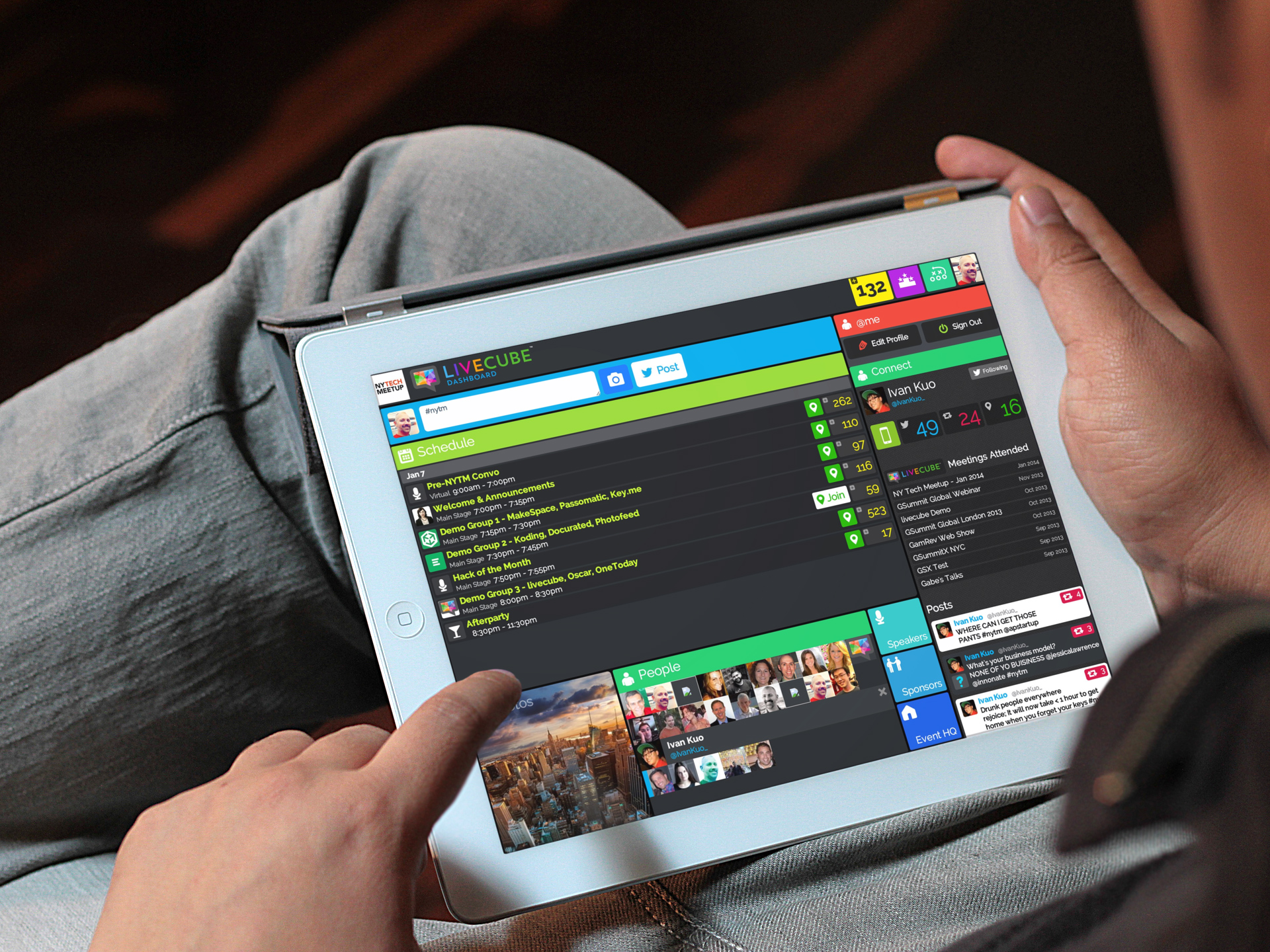 When you go to a conference, how many times do you check your phone? If it’s less than once every six minutes, you’re already behind the crowd.

If you didn’t know already, GSummit, the world’s greatest conference on gamification, is right around the corner. We at TechnologyAdvice are super excited to be present and to learn that, this year, they’ll be making use of Livecube, which is just one of the many, many reasons to be excited about the conference. I got to bend the ear of Aaron Price, the founder of Livecube.

Listen to the interview or read the summary bellow.

According to Aaron, the average conference attendee will check their phone, on average, ten times every hour, or an average of once every six minutes. Instead of encouraging the attendees to stay off their phones, Livecube takes advantage their smartphone use. Rather than trying to eliminate a habit, it starts a conversation.

The app creates a space for conference organizers to post a schedule and conference-goers to check in and interact. It uses Twitter as the conversation platform, but streamlines it down for ease of use. There’s no worrying about using the right hashtag for the event or tracking down everyone’s Twitter handle, Aaron explains. The app does it all for you.

Livecube is most impressive during events, where it significantly amplifies audience engagement. However, it also can build hype prior to an event. Already, this year’s GSummit has over 1,340 unique, relevant Twitter posts that have been retweeted over 1,400 times, for a total potential audience reach of over 20 million. They know how to pregame.

A large part of the app’s success comes from incorporating gamification tactics into its design. Conference attendees are ranked on a leaderboard based on their interaction with other attendees and speakers. As Aaron puts it, Livecube encourages a conversation where people aren’t taking at each other but with each other.

If you’re going to GSummit, be sure to make full of use Livecube in order to make the most of your conference experience. According to Aaron, people go to events for two reasons: to discover new ideas and meet people in the room. Livecube can help you do both better.