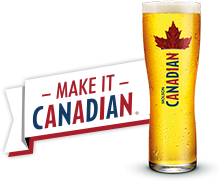 Sing Your National Anthem For A Cold One

On July 1, 1867, Canada became a self-governing dominion of Great Britain and a federation of four provinces: Nova Scotia, New Brunswick, Ontario and Quebec.  The anniversary of this date was originally called Dominion Day, but was officially changed in 1982 to Canada Day.  This is the day all the Canadian flags fly.  In the province of Quebec, all leases start on this day and last exactly one year, so this province calls it “Moving Day.”  The province of Newfoundland and Labrador also calls this holiday Memorial Day to commemorate the heavy loss of life in the Battle of the Somme during World War I.  The celebrations in Ottawa, which is Canada’s capital city, are particularly exuberant.

This year, Canadians saw a little bit more than the pancake breakfasts and red-and-white face painting they were used to seeing.  This year, they saw Beer Fridge, an ingenious contraption designed by the Canadian Brewery, Molson.  Could people of Canada sing their national anthem with the right timing and all the way through, to be rewarded with some cold Molson beer?

This ingenious Canadian Beer Fridge developed by the Molson Brewery opened only after someone sang O’Canada with the right timing and all the way through.  If for some reason they messed up, the door stayed closed, and the fridge buzzed at you!

You can see what people have been posting about the campaing by following the Twitter hashtag #MAKEITCANADIAN. See the campaign website here.