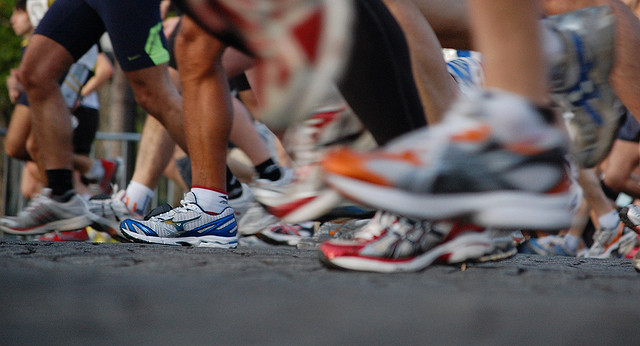 Nike is a brand that has been engrained in the United States and around the world. Motivating people worldwide to “Just Do It”™ and be active; it is a beacon of health, wellness, fashion, and promoting physical activity. However, Nike hasn’t always been this successful. Arguably Nike’s most important product line is their running shoes. Nike has had fierce competition from Under Armour and Adidas for many years. Nike took a step forward and used gamification to increase customer engagement and brand awareness to take control of the running shoe market.

In 2006, Nike developed an app called Nike+ which tracks running distance, speed, and time. It stores the data every time you run so you can monitor your progress. You can compete with friends and other Nike+ users to try and run the furthest distance. The purpose is to get people active and running, and they use gamification to do so. There are leaderboards for different time frames (weekly, monthly, and so on). If you are one of the top runners, your profile is displayed on the leaderboard for bragging rights. Nike+ can export the data to other apps (such as food tracking apps for calories burned) and can also publish your information to your social media accounts. Nike+ has become a community of people who all enjoy running and want to push each other to keep improving and live healthy lifestyles.

Overall, the development of Nike+ was very successful. It created an incredible community where physical health is celebrated and encouraged. They used gamification to create a community based around running and friendly competition. The demand for Nike shoes skyrocketed, and the brand awareness led to a controlling share of the running shoe market. Now the Nike name and logo is instantly recognized almost anywhere in the world.