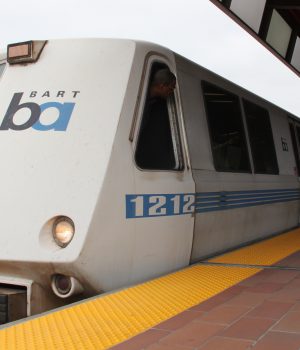 Anyone who takes the subway on a daily rush hour commute understands the experience of being jostled on crowded platforms and crushed inside packed trains. Now one transit system is trying a novel approach to easing the commuting crunch. The San Francisco Bay Area’s BART system is rolling out an experimental customer loyalty program that aims to entice riders to shift their travel outside of peak commute times.

The trial BART Perks program, offered by BART and the San Francisco County Transportation Authority, will recruit 25,000 people who will use automatic payment cards that allow transit officials to monitor their travel patterns, according to the San Francisco Chronicle. But more than gathering travel data, the program will encourage off-peak travel by offering points. With BART’s peak times running between 7 a.m. and 8:30 a.m., points would be awarded by shifting commutes by an hour earlier or later than the peak travel period. Riders could redeem the points for rebates, or they could use the points to play games that offer the chance to win cash prizes.

The BART system averages 430,000 trips per weekday, up more than 100,000 daily trips in five years, according to the Chronicle. But if the experimental BART program succeeds in shifting the commutes of a small fraction of those daily travelers, it will have a big impact. Transit officials tell the Chronicle that shifting the commutes of just 1,250 people is the equivalent capacity of a 10-car train – enough to significantly reduce train and platform crowding. In the battle that is the daily commute, that counts for a win.