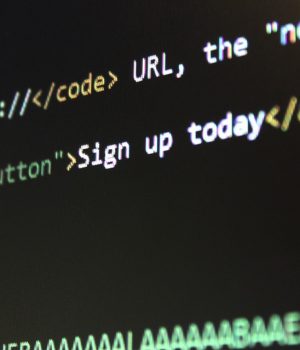 People who coordinate trips using the ride-hailing app Uber have the reasonable expectation of a convenient journey at an affordable price. But for a select group of riders in a certain markets, Uber offers something more. The company gives some of these riders a recruiting message to work at Uber, a pitch that becomes visible only after the rider completes a game. Many companies are employing technology as a way to gamify employee training. But Uber’s example shows another facet of gamification: a way to first get promising candidates in the door.

Uber isn’t using its game, Code on the Road, to recruit drivers. The game is designed to identify candidates with real computer coding chops who can work on the app itself. The prompt to play comes as a notification on the Uber rider’s smartphone. Those who accept the test are presented three coding challenges to solve, Business Insider explains. In addition to being timed – each challenge comes with a 60-second countdown – players are also scored according to their answers. Those who pass the tests receive a prompt to click a button to get more information about what it’s like working at Uber.

Uber acknowledges the game, but isn’t saying much publicly about it. In a statement sent to Slate, the company said that Code on the Road gives riders “the opportunity to show us their skills in a fun and different way – whether they code on the side or are pursuing a career as a developer.” Those concerned about privacy shouldn’t have too much to worry about. Uber says that it’s not targeting individual Uber riders based on a corporate e-mail address or other identifying information. Instead, the company says that it is offering its game in cities that are technology hubs. According to Business Insider, Uber has been running these coding challenges in Seattle, Austin, Boston, Denver, and Portland, all cities teeming with tech workers.

It’s unclear how successful Code on the Road has been in recruiting coders. Uber isn’t saying whether it has actually hired anyone who first connected with the company through the game. The fact of the matter is that though many companies are inundated with job applications, companies have a harder time finding the right people to apply for their job openings. Offering a game to Uber riders gives the company a way to connect with potential candidates who are both familiar with the service, and also more likely to have the computing background to contribute to Uber’s software.