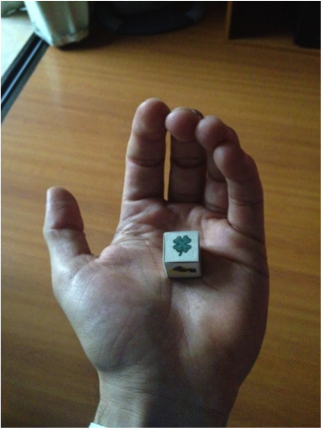 The Following is a Guest Post by Juan Carlos Guaqueta, CEO Yourbany

Lean Startup Techniques Applied to a Board Game? What?

A few months ago, I knew nothing about gamification. It just seemed like an allegorical phrase related to games that someone used to make them games more complicated. After making a few trips to California, I learned much more about the possibilities of gamification and became passionate about it. I have decided to dedicate my master’s thesis research to find how gamification can improve urban construction market research.

Together with my partner, Fernando Mejia, we decided to create a game with the following characteristics: interesting, cheap, and informative. The game would seek to obtain relevant information in the shortest time possible. The first thing that came to our mind was applying Lean Startup principles: make a minimum viable product (MVP) quickly and test it with customers for fast improvements. However, we found that creating a useful online game is not something that could be done quickly. It would take many months just to see the first results.

With this in mind, we decided to create a physical game board with mechanics that could quickly be tested and inform us if the game was actually fun. The advantage of this approach against an online version is that it enables development with very few elements. You can gauge the effectiveness of the game’s mechanics like stories, goals, rules and dynamics at an early stage.

Since we were new to game design, we began creating the game without having any final idea in our minds; we had only an insatiable eagerness to test it with players. A month and a half later of misguided work, we finished our first physical MVP. With an execution cost of  less than $100, we were now able to interact with new players quickly. The result? A failure as a game but a success in implementation. The game was boring, long, rushed and the mechanics did not generate the results we expected…which was great! These mistakes gave us enough feedback to make changes quickly and generate another improved adaptation in less time and with fewer resources than if we had done it online.

We created our next MVP after a month and a half, taking up a total of three months of “development” and a cost of $300. Here comes a small question. Why did development costs increase when development times remained the same? We realized that we should analyze some successful board games to figure this out. There are companies that have spent decades perfecting their game mechanics. Certainly those games are effective and if we could study the essence of what made them good, we could adjust our game to improve it. So, we decided to buy and try those games.

We meticulously looked at every little detail of known games that were similar to ours: the number of cards, how many were positive cards, how many were negative, which cards created strategies and so forth. Once we analyzed the game sthoroughly, we decided to study the “emotional flow” of the player. This refers to the mood changes a player goes through while playing the game. We were interested in understanding: How do players watch other players? What keeps players engaged? How does the strategizing process begin? etc.

After understanding the “emotional flow” of existing games, we created a flow of our own that would both entertain users and gather market research. We made a diagram that clearly defined all the possible emotional changes and reactions for every player decision. Mechanics such as mastery, a sense of freedom, fun, feedback, and social elements were all carefully mapped out in our “flow chart”.

Once we fully renewed our new game with missions, surprise dice, cards, and chips, the game was a big success among players. Players were engaged and having fun but it was actually very effective in getting players’ opinions about the construction projects in the game – our primary goal.

Lean Startup provided us with an interesting methodology that led to the creation of both a market research tool and a board game. Despite wanting to initially create an online game as engineers, we knew a longer development time meant a lower number of iterations and greater risk of failure. I hope that our story inspires to think back to your arts and crafts school days with glue and scissor. Bringing the project down from code into the physical space cultivated our creativity and saved money in the process!

We shall invite all people to play the game we invented when the online version becomes available, and you can be a part of our third MVP.