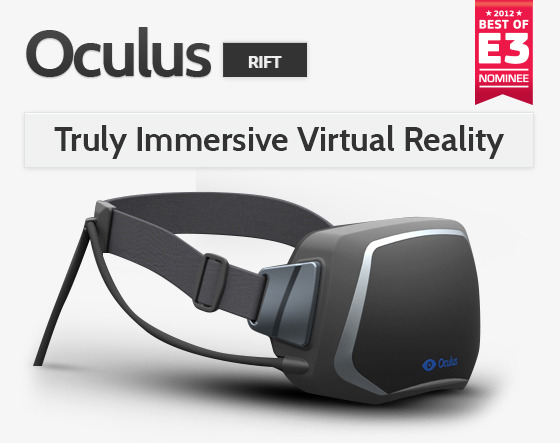 How Will the Oculus Rift Impact Gamification?

For decades, science-fiction films, television shows, and literature have all featured the concept of virtual reality. Virtual reality (VR) has been a topic of modern lore and a goal unattainable in our lifetimes. Now in 2013, the technological dream of VR will soon be a reality with the Oculus Rift.

Following a successful KickStarter campaign, the Oculus Rift (OR) virtual reality headset has been making waves on tech sites around the world. It goes without saying that for video games, this means a leap into the future and a sense of immersion yet to be seen. 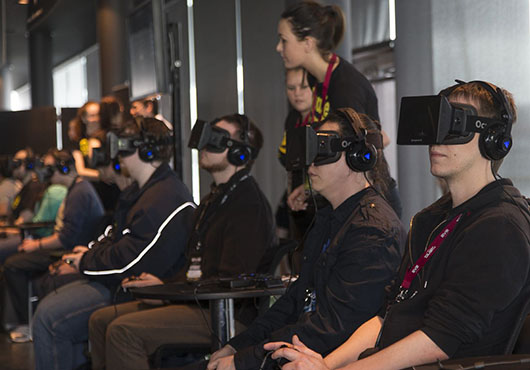 There’s plenty of focus on how gaming could be awesome with a VR headset like how there’s a Skyrim mod to support the Oculus Rift. Fighting dragons is awesome – fighting a dragon via virtual reality will be at least 10x as intense.

Since gaming is already being used in education like how some classrooms are being based off of World of Warcraft, why not really make the class interactive. I see great potential for the Oculus Rift and future VR developments to make their way into the classroom. The great thing about gaming for the sake of learning is that it makes the student much more engaged and interested. By adding virtual reality to the mix it could only be furthered.

As we’ve seen before that, Minecraft is being used in many schools, the world-creation game is proving to be excellent as an educational medium. In a recent video, it’s shown there will be a mod for Minecraft to be played with the OR headset on. How awesome would it be to have an entire classroom of students wearing the OR collaborating to make their own custom world? LEGO should watch out.

What I’d love to see is a history game specifically made for the Oculus Rift. Can you imagine yourself witnessing great moments in history from a first-person PoV? I’m picturing The Crusades, The Revolutionary War, and Feudal Japan and I’m already hooked. Maybe not my dream point in history, but there’s already a simulation for getting your head cut off with bystanders watching. That may be a little too real for some, but the technology is there and the point is made.

Maybe we can even get a new Sims or SimCity game for this. SimCity has been a staple of gamification in education lately, so why not push it a step further? The Sims and SimCity are known as games where you create your own world and story, so if we add VR to the mix imagine what new possibilities could be brought into the mix.

Since virtual reality has been a dream of mankind for years it’s something that could be loved by all ages – even grandma thinks it’s amazing. College students can use it to create their own worlds, children can get through the boring classes in a virtual world, and adults can relax after their busy day in whatever manner they want. Maybe people will simply recreate things from their everyday lives that they find enjoyable, such as Boomhower did in King of the Hill.

Although the Oculus Rift isn’t available for the public yet, it’s looking to be a great step in the future of gaming with possibilities for gamification. Virtual Reality is the pinnacle of user engagement and interaction with endless potential for new ventures in education, enjoyment, and maybe even a business. What would you like to see come from this? Does living through history via virtual reality interest you, or would you rather create something yourself? Leave comments below and let’s see where the future takes us!