Argubot Academy Could Make Your Kids a Smarter Debater

A company called GlassLab, a project of the Institute of Play, has teamed with NASA to create a game based learning system that teaches students argumentation, logic, and reason. The game is called Mars Generation One: Argubot Academy and is available for tablets running Android and iOS.

The goal of the game is for players to construct arguments supporting the answers to a number of questions surrounding the founding of a Mars colony. Questions would include some of the following:

The players take opposing sides of each question and construct arguments and evidence to support their positions. Then the debate is visualized as a robot battle on the screen, with the side with the strongest sets of arguments winning. It also has an emphasis on ethical decision making. 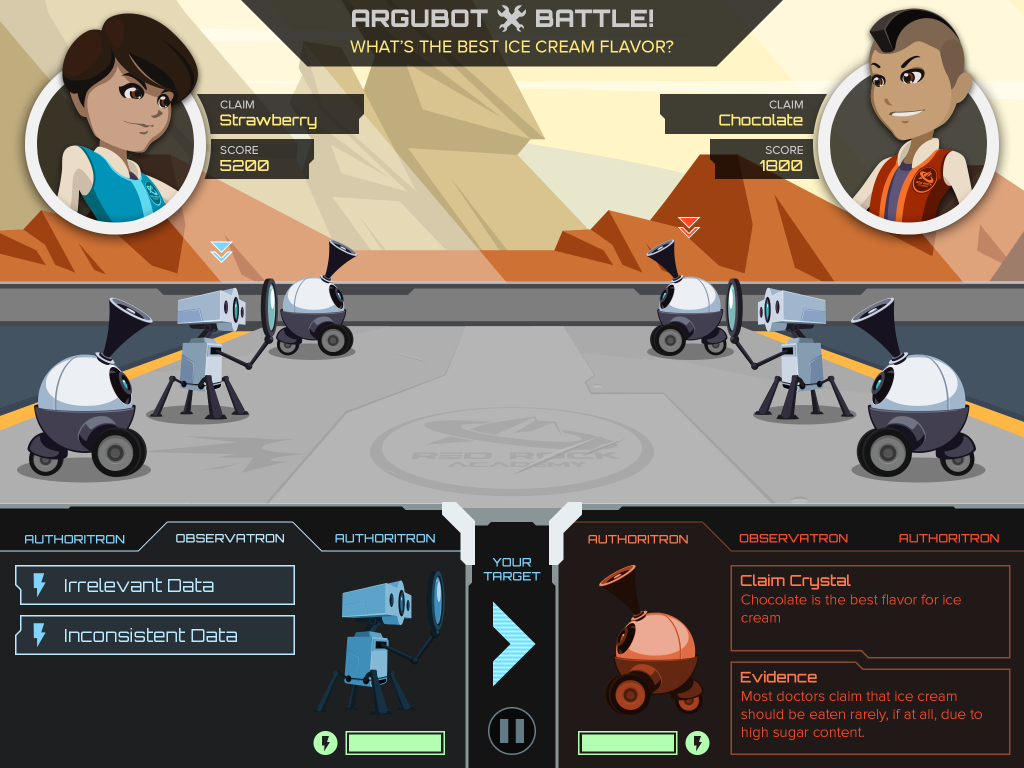 Besides sparking an interest in STEM (science, technology, engineering, and Math) education, always a NASA priority, the came hones skills in constructing and presenting an argument. It teaches these skills in a problem solving and society building environment. It delves in diverse subjects such as economics, culture, and political science.

Teaching the ability to reason has always been part of a proper learning process. Mars Generation One: Argubot Academy attempts to codify the process of reasoning in a subjective and measurable manner, while making learning how to reason enjoyable. Check out the video here to see a quick walkthrough of the experience.