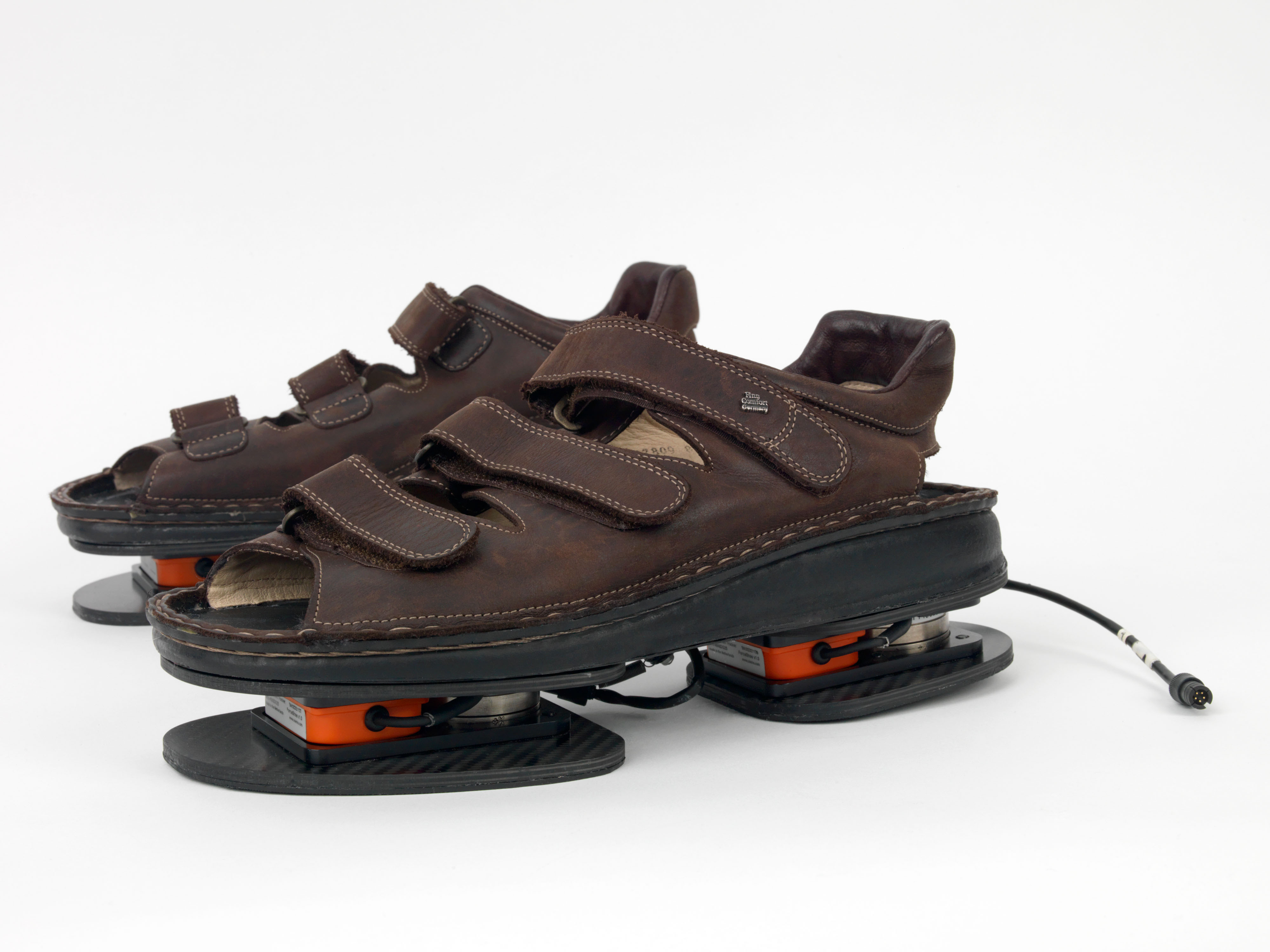 May the Force (Shoe) Be With You!

It’s a long way from the runways of Milan to low-earth orbit, but the two have one thing in common: a new generation of shoes called ForceShoes. While certainly eye-catching, they don’t look like designed footwear, but are designed to help NASA gather data on how astronauts are walking in low- and no-gravity environments. They use a miniaturized version of a sophisticated biometric data gathering device called an Advanced Resistive Exercise Device (ARED).

The ARED has been the standard for astronaut exercise in the past, but it has been built into a bulky machine. Astronauts were expected to exercise two and a half hours each day on the machine. During this time, ARED collected data on bone density, muscle health, and weight distribution to track the effects of low gravity on the body. Designed by XSENS, the new ForceShoe will enable that same data collection with every step an astronaut takes.

“Although [ARED] has helped NASA provide better health outcomes for crew members, there is still progress to be made in understanding the effects of exercise on bone and muscle health, and the ForceShoe will help us do that.”

This technology isn’t just a data gathering device. It is also a way to maximize the benefits of activities astronauts are doing anyway. They need to walk from place to place around a station or shuttle. The ForceShoes help them to consolidate exercise time into regular travel time.

What’s the big deal? Humans aren’t well equipped to make extended journeys away from our home planet. After just a short time away from Earth’s gravity, our bodies begin to break down. One NASA study found an 18-21% decrease in leg muscle function after just 6 months on the ISS.

If humans ever want to be able to walk on Mars and other planets further away, this is a problem that needs to be solved. The most optimistic estimates of nuclear rocket technology would still put travel time to Mars at more than 7 months. The effects of extended space travel has to be understood better before we can schedule regular rocket tours.

“As we prepare for future missions to asteroids, Mars, and beyond, we need to think about minimizing and miniaturizing equipment because spacecraft will be smaller. The ForceShoe is a great example of the way we can shrink some of our research tools for future missions.”

It will probably be a while before the clunky sandal design makes its way into the fashion world. For now, though, it’s a small step toward deep space exploration, and a giant leap for engineering.