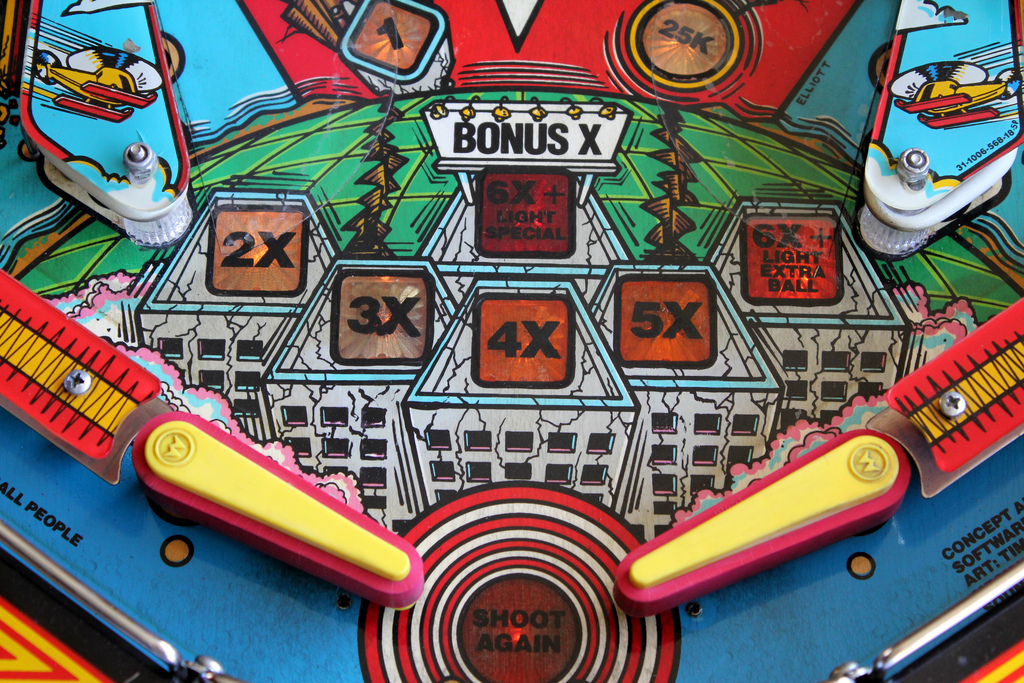 “It’s all about money, not freedom, ya’ll, okay? Nothing to do with freedom. If you think you’re free, try going somewhere without money, okay?” – Bill Hicks, comedian

Much has been written in the area of enterprise gamification about intrinsic and extrinsic motivation, the basic ideas being as follows:

When a points system is put in place in a gamification design, it is usually intended to tap into some intrinsic motivator (as illustrated in the player types hypothesis). Too often, however, there is nothing solid behind the points system, it is just hot air, and such systems fail to engage employees. This has lead to points, badges and leaderboards (or PBLs) deemed uncreative and inferior engagement mechanisms, while, in reality, they have just been used incorrectly and thus wrongly accused.

Naturally, seminars that claim of having had discovered abstract intrinsic motivators (from video games and whatnot) abound. They claim their methodology will make employees addicted to working for you without additional financial investment. These particular gamification promises are specially seductive to management. What business owner would not want to apply a method that would make their employees work harder? Of course, this is not how the promise is phrased, but it is an implied outcome of enterprise gamification.

This promise borders a new form of volunteered “indentured servitude”. were pleasure mechanism similar to a Huxleyan dystopia control society “for the greater good.” I am not saying the intellectual developments of the gamification community has a sinister secret agenda, but totalitarian governments of the 20th century had greater minds attempting to achieve similar promises and failed… The difference is that, these days, designers are mostly following Daniel Pink’s advice from his book Drive.

The main problem I have with Mr Pink’s view is the underestimation of money as a motivator. Money can simultaneously be both an intrinsic and an extrinsic reward. There have been many psychological studies on how money increases social status. More money means a vacation to an exotic place, good food, a college education for your children, a new house for your parents, etc. It is ALWAYS linked into an intrinsic social layer. Material items are considered extrinsic rewards, but we all know that more often than not gifts enhance, rather than depreciate, social events. Think about gifts at a birthday party, on Christmas morning or at a wedding. Extrinsic rewards in a positive social community enhance engagement rather than diminish it. Literature as ancient as The Iliad by Homer features what anthropologists call “ranked societies.” Extrinsic rewards and the accumulation of wealth are not sought for the sake of materialism, but are an outward manifestation of a person’s prowess, and thus their worth. In such societies, gifts also play a huge role.

Financial markets, probably the industry most driven by money,  has aimed to develop a very real addiction in many of its employees. When asked, “How much money would you accept to retire from your job?”, the most popular answer would be: “F*** your money!” Now that’s engagement! This arises from the mix of intrinsic-extrinsic motivations from money when is woven into the social fabric. Money by itself does not engage, but it is addictive and highly engaging if it is a manifestation of people’s prowess in a social community!

Two “gamification” books that promote sharing business spoils with employees based on performance measures are The Game of Work by Charles Coonradt and Enterprise Games by Michael Hugos. The idea is that, based on their performance, employees get a percentage of the profit they generate in the form of commission, bonuses and benefits. This is a parallel to how MMO games work: If you are in a game like World of Warcraft you get together with a group of friends and complete a quest where you murder a giant lizard, which releases all sorts of virtual items and currency. As a guild leader, if you do not share this booty with your guild, you will lose engagement from your players. In this case, these virtual items are the extrinsic rewards, and without them engagement will decline. Being properly rewarded for our labor is a primal drive.

“After a certain point, money is meaningless. It ceases to be the goal. The game is what counts.” – Aristotle Onassis

You can turn your employee performance measures into points. If you tie these points to financial rewards, these points will have significance and your employees engagement will be higher. This is not a magic pill of engagement, but it keeps your employees from feeling like idiots by working harder to benefit the company without being properly compensated for it. You’re dealing with adults. Attempting to create a purely intrinsic reward system where employees become addicted without extrinsic rewards (which is not even the case in many social games) is a fools errand. PBLs work, you just have to apply them properly. Put shortly, in an enterprise, money is a necessary, though insufficient, requirement for engagement.