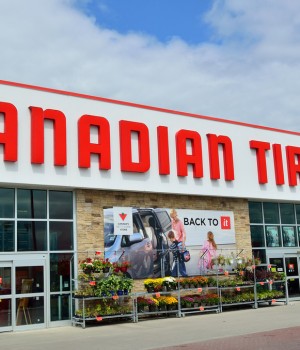 Loyalty programs have a long and varied history, with retailers rolling them out in different forms to entice longtime customers to continue spending with them. Canadian Tire, one of Canada’s largest automotive accessory retailers, has one of the oldest customer loyalty programs. Consumers who buy items with cash or credit cards earn paper bills that look like money. The Canadian Tire Money loyalty program has been in place since 1958.

Canadian Tire Money has proven popular with shoppers. The “money” earned isn’t real cash but it keeps consumers coming back to shop at company stores, where they can spend it. Now Canadian Tire is trying to bring its loyalty program into the digital age. The company has launched a new app for customers who also hold a cross-branded Mastercard, according to Marketing magazine. The card, which offers all of the perks of mobile banking, also employs concepts of gamification to promote its use. Swiping the card earns loyalty badges and promotional offers for the cardholder. “We think we can engage something that’s fun and exciting and very different than what other financial institutions are putting it out there,” Cam Thomson, Canadian Tire’s digital marketing manager tells Marketing.

The mobile app that works with the card tracks a customer’s Canadian Tire Money balance, as well as any Money earned as a reward for using the card. The app also has a built-in loyalty rewards system that awards badges for shopping in Canadian Tire stores; making other purchases, such as groceries; and for switching to paperless statements, Marketing explains. For every 10 badges that a cardholder earns, his or her Canadian Tire Money is multiplied by 10 over the next 10 days. Thomson says the money works out to about 8 percent cash back on Canadian Tire purchases.

The program is in its early days, but Canadian Tire believes that it’s positioned for success. In developing the loyalty program and the app, the company took inspiration from the Starbucks payments app – essentially a digitization of the old coffee punch card. Starbucks now reports that more than 20 percent of its total sales come through mobile apps. If customer uptake of the Canadian Tire mobile app and charge cards is as successful as the Starbucks program is proving to be, Canadian Tire Money will have truly evolved from into a loyalty program primed for the digital age.