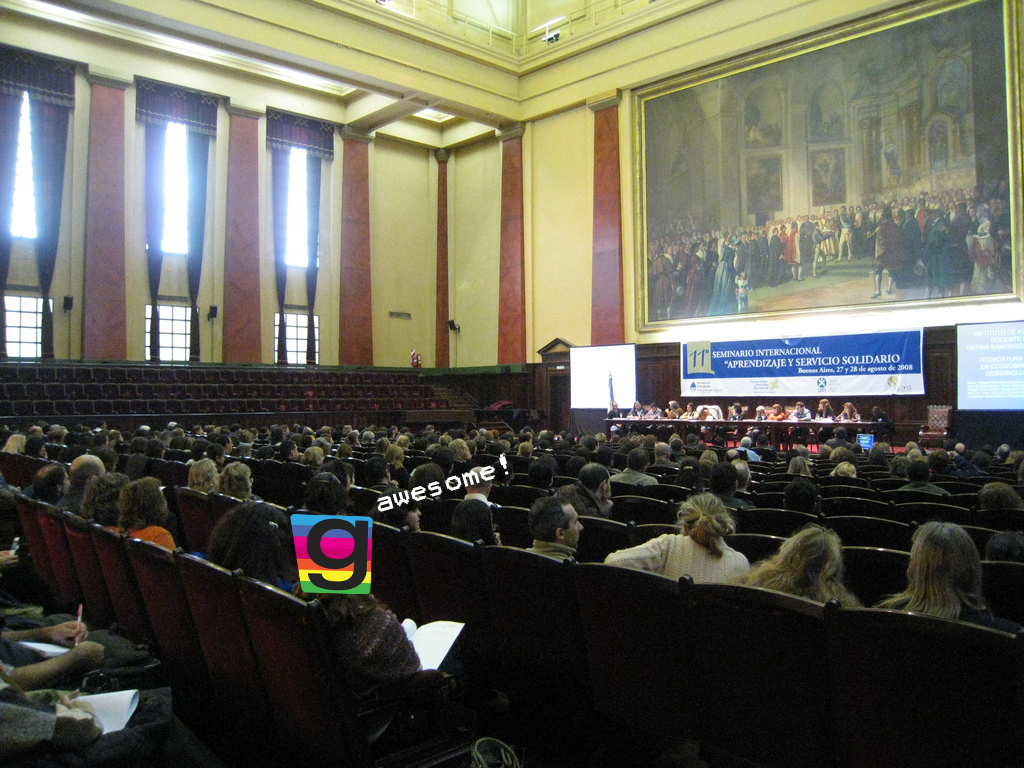 A Lesson About the Gamification of College Lectures

Big class lectures can often be a painfully boring but inevitable part for any college student. It may be surprising to some but professors can be just as bored by the class material they have to teach. This has led to a growing movement by teachers and professors to innovate the teaching  practice with the primary goal to better engage their students.

Among those trendsetters is Professor Cliff Lampe from the University of Michigan who has been using gamification to teach his undergraduate seminar classes. As an assistant professor at the university’s School of Information, Professor Lampe conduct classes for the undergraduate program in informatics. What he is currently most well known for is his use of gamification elements and principles in his 200 person introductory lecture.

The reason and motivation for Lampe to gamify his lectures reflect many of his peers’ concerns within the education field. Lampe noticed that the current structure and conduct in higher education are based on an outdated structure which fails to address the student’s needs. These “19th century Agrarian model” or “medieval Oxford model” of education would often fail to engage and expand a student’s interest in learning. Despite having not much leeway for a professor to revise the present model, Lampe believes that gamification could provide some leverage against the rigid structure for university classes.

The gamification tools wielded by Lampe would be considered ubiquitous building blocks for any engaging system. Among the most compelling gamification principle utilized by Lampe was providing his students with the freedom of choice. Throughout the course, students are given a variety of options to accomplish the learning goals of the class. Students may decide to skip tests and focus on more “artistic” based assessments such as presenting an information graphic of a particular topic. Besides that, Lampe gives his students the opportunity to participate in group process to form “guilds”, a role playing game (RPG) term for groups. Furthermore, Lampe gives his students rapid feedback on their performance via a monitoring system managed by his teaching assistants to further empower the students. The central theme of providing autonomy to students rests on the notion that students who have control over their learning outcomes, would become more invested in what they learn and how to approach it.

While it may seem Lampe effortlessly designed his gamified system, there were difficulties during the design and implementation process.  Starting with the term gamification, Lampe was wary of how the university audience would view the concept, let alone the term itself. As Lampe describes it, the term has the “danger making someone automatically gag [and] it sounds more like a marketing term…”. Moreover, Lampe was concerned that he was “whitewashing” gamification by merely masking the terms without contributing to the student’s learning goals such as calling assignments as quests and scores as experience points. This is a common dilemma faced by gamification advocates when addressing the their target audience who might be apprehensive of the idea of mixing games with study or work.

Aside from that, Lampe’s gamified class faced scrutiny among some educators over the effectiveness it has impacted on the student’s learning outcomes. At present, it is hard to quantify the impact of gamified classes on a student’s learning outcome as scientific research on the subject matter is still ongoing. In addition, the notion that students are expected to remember the entire class content is highly debatable. On that note, Lampe has received testimonies from his former students pointing out that they have a better recollection of the class experience and the course content compared to others classes. Also, Lampe’s effort to construct a more engaging syllabus by including team based learning and rapid feedback systems managed to garner positive response from both his students and the university.

Lampe’s positive results to gamify the classroom is making inroads for other educators who intends to follow in his footsteps. While the focus has always been on providing student’s feedback, it is imperative for decision makers in the education field to support their faculty. Thus far, universities administrations do not encourage their faculty to innovate in their teaching, let alone provide a more varied evaluation on the faculty’s performance for the only form professors receive feedback is solely through the student evaluations. Lampe’s experience also highlighted the future need for a specialist responsible for building and maintaining the  feedback structure not just for students but for educators as well.

The decision to use gamification in the classroom raises questions that goes beyond the lecture halls and classrooms. Is the problem of engaging students lie in the delivery or the content itself? If it is the latter, then perhaps there needs to be a major shift in understanding the purpose of teaching the class content in question. More importantly, a more meta question should be asked and discussed on the matters of learning and education. What is the purpose of education and what is school for? There is no definite answer to that question as yet but the conversation on these issues should not be set aside.

via. Slashdot | image by Alicia Nijdam