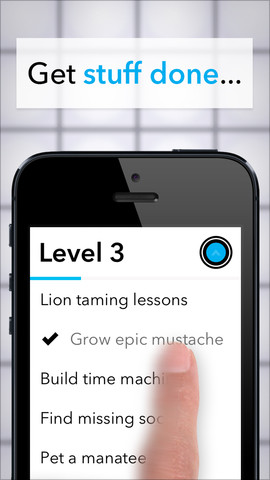 Why does my task list hate me? A Carrot App Review

When a colleague had heard about a new to-do list app called Carrot, it somehow made its way immediately to my desk.  After several months into my job at Gamification Co I was juggling so many different responsibilities that I found it hard to organize my time, so I began reading books and collecting apps dedicated to all things GSD (Getting Shit Done).  Eventually I will have to find time to organize all my organizational tools.

The reason I decided to add Carrot to my catalog is because it’s a  To-Do list infused with gamification elements.  You get points for each task you complete and a red status bar letting you know how far along you are, and how far you have to go before you can level up and collect a reward – so far a humorous fortunte cookieqsue statement you’re asked to share socially. 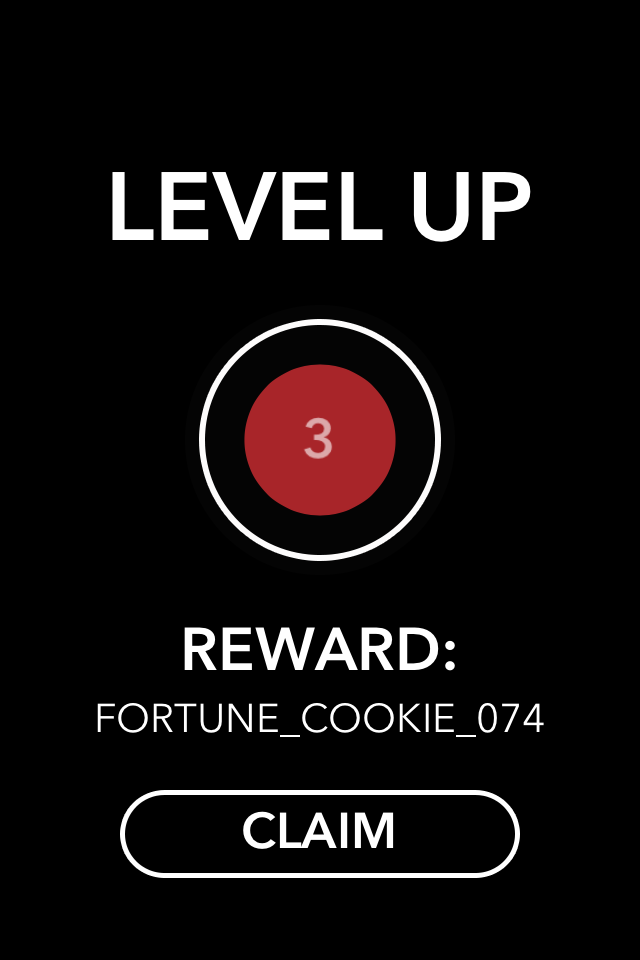 In addition to these incentivizing carrots, the big selling point of the app is its stick – a black and red Siri-like nucleus in need of a Seri-ous attitude adjustment. Carrot likes to bash you if you don’t use the app often enough, or if you touch it where it doesn’t like to be touched (this isn’t Facebook- no poking allowed!)

At first I found Carrot’s black humor amusing and a welcome relief. A To-Do List seems like the perfect place for a status bar,  points and rewards. Unfortunately,  caught up in one of my busiest work cycles in recent memory, I just didn’t have the patience to sort through Carrot’s antics. The jokes wore thin and I resented even having to wait a few seconds for the app to load. I didn’t want the bells and whistles, I just needed to get to my To-Do List.

The simplistic vertical structure of the list format is as useless to me as a practical tool for my big projects as the default iPhone Reminders list, which is named one of the worst apps in existence. The projects I have to deal with aren’t going to go away with one swipe, they’re multi-layered, multi-step and take weeks,  sometimes months to complete.  Some are daily tasks that can’t simply be swiped away.  I was only able to use Carrot to organize one Sunday in February, and alot of tasks are still left on the list.

My complaints echo alot of the complaints about gamification in general, which are really only examples of gamification poorly implemented – that it’s less of a strategy and more a distraction of cutesieness that isn’t relevant to “real work.” However this doesn’t have to be the case. Gamification could be applied easily to the the more expensive and comprehensive task organizing app I use for daily and long-term projects.  The design would have to be more subtle, and it would have to allow the user to input bullet points within each task. The snark might have to be cut down as well. Gamification is about consistently rewarding people, not teasing or prodding them. Consciously I know that Carrot is joking with me when it says its mood is wrathful, its grumpy cat prose very much en vogue. 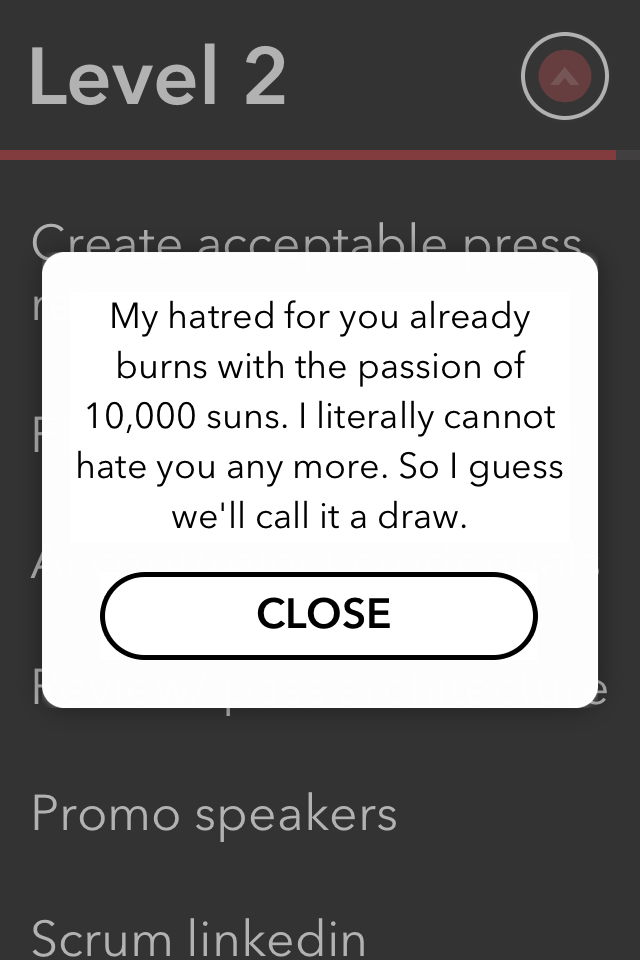 Yet subconsciously it’s just more bombardment of criticism in the course of my day, and that energy can take its toll. Good game design stresses positive reinforcement.

On the bright side, I feel there is a definite audience for this game. It’s possible I’m just not in Carrot’s demographic. Just as this app was passed along to me, I would love to pass on this app to a friend of mine. She’s a young tech-savvy Air Force vet, hardcore gamer and stay-at-home mom with a dark sense of humor. If she had an extra 0.99 lying around (harder to come by these days I’m sure, with two kids under the age of three) she could bypass her app’s default To-Do list, get Carrot and put her daily tasks in it:

These are items you can swipe off by the end of the day.

A gamified task list is a very encouraging idea. I hope the creators put “tweaking it for busy professionals” on their To-Do list.