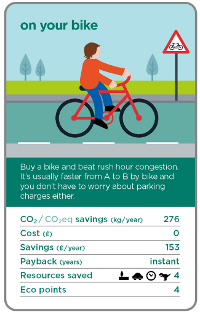 Some people use gamification to help their business. Some use it to improve medical science. Doctor and Consultant Paula Owen believes gamification can save the environment.

In effort to boost interest in environmental issues, Dr. Owen and the Science Museum of London have launched a game to enhance engagement and education in conjunction with Climate Week.

The 12 month project is being targeted towards people who have not yet participated in environmental issues because “it had all been a bit guilt-filled and full of doom and gloom.” Dr. Owens explains: “It is the idea of bringing in fun and games into a serious topic in order to try to enhance engagement.” As seen with gamification and education, there have been noticeable results with engagement and interest when the topic is presented as a game.

The long-term goal associated with this is how well participants retain information months later. “One of the things we want to look at is how ‘sticky’ this sort of interaction is in terms of educating people.” Not only is retained information going to be carefully examined, but hopefully other effects will be increased response and changed behavior – all for the good of the Earth and it’s being backed by the London Sustainable Development Commission (LSDC). The LDSC even lists Dr Owen as a “London Leader” for using games to increase environmental awareness.

At the launch of the project at the Science Museum, people played games such as “Play Your Eco-Cards Right”  and “Eco-Snakes and Ladders”. It’s possible that through hitching an idea to simple and classic games, the nostalgia factor will help retain information and boost engagement.

It is interesting to see gamification potentially being used on a global scale. It’s a risky, promising project that’s a much bigger movement from many others seen before. Hopefully this project will see less criticism than Reality Drop has as of late. However, Dr Owen is making sure to do extensive research with many universities to ensure their data is accurate and successful.

Gamifying saving the world in itself is reason enough to become interested in this. Now you can have fun and be a superhero. What else do you need?