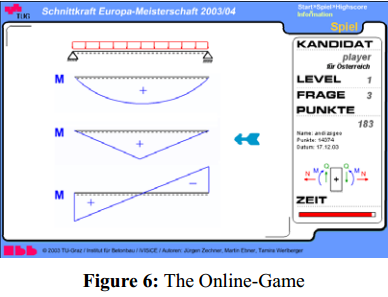 There has been a lot of buzz going on as more schools and universities adopt methods of game based learning. It’s gaining so much ground that studies are emerging to test if game based learning is truly effective. From what the studies have learned thus far , the answer is a resounding “Yes, it is.”

In late 2002, the iVISiCE (interactive Visualization in Civil Engineering) project was founded to assist students of Civil Engineering in their studies. The project was to test if learning by ways of animations and visualizations was more effective than traditional textbook methods. The games implemented by the project included many close to life characteristics of problem solving: Unknown outcomes, multiple paths to a goal, construction of a problem context, teamwork between multiple players, etc. Each game was designed in such a way as to incorporate the elements of competition and chance to enhance the experience even more.

During the experiment, several smaller questions were also tested. One such question was, “What makes a program more fun and motivational to operate?”

It was deducted that, while fantasy and other themes can be applied to make the program more interesting to use, it mostly depended on the user and their individual motivation to achieve their goal. However, it was also found that the games should be challenging, and with an uncertain outcome. The element of winning and losing was added, incorporating a leaderboard that was accessible by all the players and displayed the users with the highest scores. This prompted students who had received a low score on a test to go back and retake it in an effort to boost their numbers.

At the end of the study, it was concluded that this game based method of learning had produced results that were equal to, if not greater than, traditional methods as far as education is concerned. However, unlike traditional learning the students found they enjoyed this significantly more and because of that they were more motivated to achieve their goals. The experiment was concluded with promising results.

You can read the full case study on Academia.