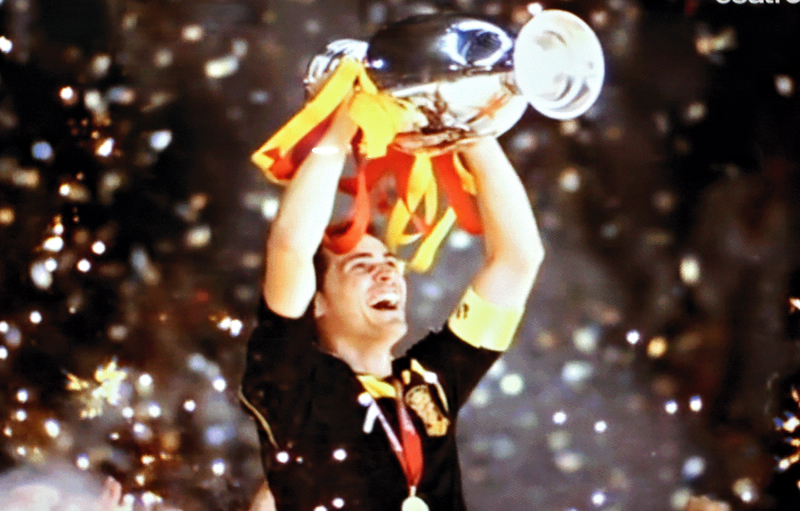 “Winning increases the dopamine receptors in the brain, which makes you smarter and more bold” – Ian H. Robertson

There is a very interesting phenomenon in biology that I want to link to gamification, called “the winner effect.” When an animal, be it fish or human, wins a contest, there is a large release of testosterone and dopamine into their brain. Over time this changes their brains structure and chemical makeup, making them smarter, more confident and able to take on larger challenges than before.  Cognitive neuroscientist Ian Robertson explains that “success and failure shapes us more powerfully than genetics and drugs.” Nurture changes nature.

The winner effect is a well-researched phenomenon in different competitive fields, such as chess, sports and business. In the book The Hour Between Dog and Wolf, John Coates describes the effect of winning on Wall Street traders. His research focuses on how testosterone and cortisol affect the profits of traders in the real world. Ian H. Robertson has also written on how winning can be better adapted for educational purposes, but serves enterprises as well. Both deliver the same message: winning will change your biology, making you more likely to overcome increasingly harder challenges in the future.

A core part of winner effect depends on dopamine releases that come from game mechanics, which gamification designers use to make something fun. Testosterone is not a topic that I have seen discussed in gamification, but it is also a hormone released during competition. All competitors release it before a big game, and afterwards usually only the winners will get a boost while the losers’ testosterone falls. This opposite effect with testosterone reduction is called the “loser effect.” It makes the loser meek and timid over time, its submissiveness an evolutionary advantage preventing it from getting into future fights that could cost it its life since it has a history of losing.

Testosterone often has negative connotations like being linked to violence and aggression, but it also has the effect of social bonding and the drive to protect close friends and loved ones. The same brain circuitry used for love is also used for hate, new research claims.

Po Bronson stated in an interview:

“Collaboration and competition are the same hormone: testosterone. There’s no such thing as collaborating without competition in the real world. To compete does not mean to cheat or break the rules, it means to go head-to-head and be better than your opponent. Certainly inside a corporation people need to collaborate for the corporation to be competitive.”

Studies done on the effects of testosterone on subjects playing video games by the evolutionary psychologist David Geary have intriguing outcomes. If a group of friends teams up and wins against strangers in an online first-person shooter game, their testosterone goes up (winner effect), the top-scoring player getting the highest testosterone boost. If these same friends play individually against each other, testosterone drops for everyone (loser effect), and the player scoring highest in this game against friends gets penalized by the highest testosterone plunge. Evolution punishes backstabbers.

These effects will happen in the real world regardless of gamification; it is a fact of life in all human relations. The use of game mechanics could be used to manipulate them for a desired effect though. For instance, competing against colleagues probably lowers the performance of your entire team since the brain punishes competition with friends (loser effect). In order to enhance a team by fostering cohesion and a collective winner effect, it is better to compete as a team against other teams of strangers, perhaps, an office in another city or overseas.

It is important not to downplay the performance of top players in an ideological attempt for egalitarianism and fairness, because that will drive your team into mediocrity. An MMO guild acknowledges everyone’s contribution, but treasure is divided unequally, depending on the output of each individual. Studies show that unequal pay for equal work and vice versa pisses off monkeys… and humans.

As primatologist Robert Sapolsky says in an excellent Wired Magazine article discussing the effects of testosterone on Wall Street:

“As a species, we share the same biology with other animals, but express it uniquely. We can have two humans sitting at a table doing nothing more physically taxing than one of them moving a little piece of wood on the table. And if it happens that these two individuals are at a chess tournament, then they are able to keep [up] a blood pressure for six hours [at a level] that you normally only see in a marathon runner, while doing nothing more than thinking. And this is outrageous because when you look at these chess Grand Masters who’ve just taken down an opponent, they will have the exact same physiology of some wild baboon in the savannah who has just ripped open the stomach of his worst rival.”

Gives a whole new perspective to “It’s just a game,” does it not?

It is all power games. What you must understand is that your brain is always subconsciously assessing what your strength and status is compared to others, and realigning your behavior and intelligence in a way that allows you to play it safe. For example, studies show that if you enter a situation where you have low status in a group, it will literally lower your IQ. Intelligence is not fixed, it fluctuates based on social context. Research on power by Stanford professor Deborah Gruenfeld reveals that we are always establishing social hierarchies in subtle ways with our body language, voice tone, level of assessed expertise, etc.

When you win, your brain is essentially saying “I’m powerful enough to be the boss now” and begins to change itself biologically to become smarter and more assertive in order to maintain its position on top of a social hierarchy. By winning as a group, the subconscious minds of teams say “We are in charge now” and begin to change accordingly. Their body language becomes more open to establish status, and others (competitors) subtly submit to them, allowing them to win (if you practice martial arts you can feel when someone fears you a little, how they gives up before actually losing).

I think this is significant to point out since it can lead to both positive and negative aspects. There are two types of power:

Personalized power is where power gets its bad rep, like being dictatorial, while with socialized power it gets a positive connotation, such as democracy. The winner effect can change people from being powerless and insecure into one of both extremes. I believe we can all agree that, ideally, we want people to become more confident to carry out projects that benefit society (socialized) rather than promoting personal gains through personalized power.

Stanford business professor Jeffrey Pfeffer writes in his book Power: Why Some People Have It and Others Don’t that, in order to succeed in your career, you must have both needs for power. On one hand, you need the selfish drive for self-improvement and dominance, on the other, you must also want to improve your society so that people want to follow you. People with only S power and no P power do not get ahead in life.

The winner effect can make one’s power go to their head. Coates talks about how high testosterone and dopamine are a predictor of success in the stock market, but if the winner effect in your brain is too strong, you start making stupid decisions (failure grounds us to reality). Ian H. Roberts quotes Pablo Picasso talking to his adult son and disclosing himself as someone with too much personalized power:

“You’re incapable of looking after your children! You are incapable of making a living! You’re mediocre. You are wasting my time. I am El Rey, the King. And you – you are my thing.”

Picasso may not have been the nicest man, but the winner effect in power-balanced individuals (with both P and S power) will have positive effects. It can encourage people to become confident and try to make positive changes for themselves and their loved ones.

Designing for the winner effect seems like a natural add-on to gamification, since it comes along with the fun mechanics that we all love. Winner and loser effects are happening all the time, so gamification systems might leverage them to our advantage with proper design. Having fun will make you smarter, more confident and earn you higher profits. Of course, more research and experiments must be done to create working systems, but the future seems promising.

“My business is to succeed, and I’m good at it. I create my Iliad by my actions, create it day by day” – Napoleon Bonaparte