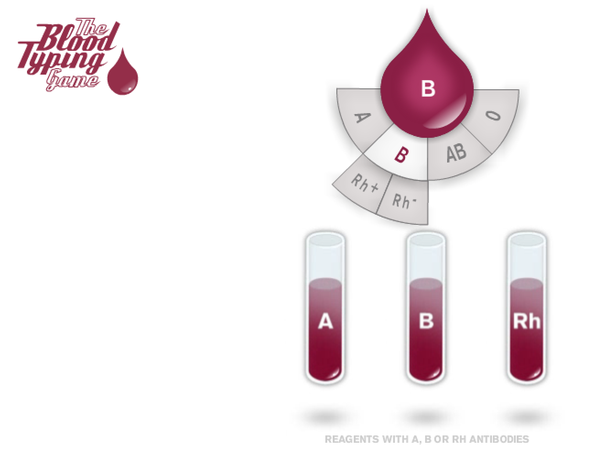 What determines your blood type?

The Nobel Prize organization is offering a number of game based learning exercises rooted in the work of Nobel Prize winners of various science categories. One such game is The Blood Typing Game, which is based on the 1930 Nobel Prize for Medicine awarded for the discovery of human blood groups in 1901. This discovery has helped save countless lives via successful blood transfusions.

While there have been blood transfusion experiments throughout the centuries, many patients died as a result. It was not until Austrian researcher Karl Landsteiner discovered that blood comes in a number of blood groups that the risk of death became avoidable. Transfusing blood from one type to a person with another lead to blood clumping or agglutination, which triggered to a toxic reaction and a possible death. With Landsteiner’s discovery, it became possible to discern the various blood types and transfuse only mutually compatible groups.

The purpose of the Blood Typing Game is to teach players the answers to the following questions:

The player is placed in the role of a health care provider who has to administer blood transfusions to patients who are in urgent need of them. The goal is to determine which blood types each patient has in order to give her a safe blood transfusion. There is a quick version of the game that lasts five minutes, and a “mission version” that lasts 20 minutes in both English and Swedish.