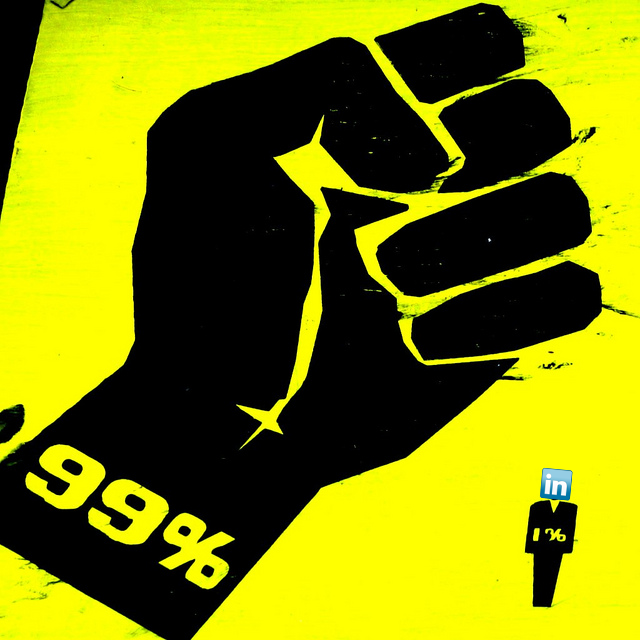 How LinkedIn Could Have Engaged More Users with Their Leaderboard Campaign

Last week, Linkedin sent out emails congratulating users for being in the top X% of “most viewed” profiles, ostensibly to celebrate their 200 millionth profile. The emails generated a fair amount of social media buzz, with even reticent users posting about their “accomplishments”, often with a #humblebrag attached.

What struck me about the campaign was how it managed to take both the best and the worst of gamified leaderboard and achievement design in one fell swoop. We know that recognizing users for achievements (even if they didn’t do anything active to earn them) creates positive reactions. We also know that if those achievements are significant, broad in scope and easy to share, users are more likely to share them.

Because Linkedin is the preeminent business social network, users are inclined to want to share their placement in the top ranks of the network. By using big bands (2 million people are in the top 1%) and avoiding a numbered leaderboard, Linkedin managed to provoke positive feelings without the negative backlash that would come with a structured leaderboard, where your specific rank could feel demotivating. Consider: is it better to be “top 1%” or “the 1,999,997th most viewed profile?” Clearly, they made a smarter choice…or did they?

If they had used a socially-relative leaderboard (e.g. one that shows you in comparison to your network, friends or people like you), they could have shared some relative “achievement” data along with an incentive to move up. To be honest, it’s only marginally relevant how your profile’s views compare to President Obama’s, but you might be very interested in how other Directors of Marketing stack up. Or how you might fare compared to others with the keyword “enterprise” in their profile.

Another point so ably made by Jenn Pedde at the Community Manager was that Linkedin missed an opportunity to engage the bottom 90% – or those that didn’t receive an email. This is very true, and I think the campaign could easily have used leaderboards to prompt that group to move up a level. But it wasn’t just the 90% that was left out of the “how to rise” opportunity — in fact none of the email recipients received any tangible help on how to increase their profile’s rankings. Linkedin seems to have neglected one of the most important design success factors for gamification: the need to think about incremental improvements in engagement. The goal for every system tweak should be to move a user further up the engagement mountain: even those in the top 1% might want to be better.

The last comment I have is the relevance of the measure itself. Linkedin chose to use “views” as the measure being reported in their campaign, ostensibly because it’s neutral, easy to measure and somewhat incentivizing (who wouldn’t want more views). But I think views is actually a weak way of measuring engagement on a social network — if Linkedin is about more than just a place to store your resume, there should be a metric that reflects interactions and influence. Klout would be one such measure, but undoubtedly Linkedin has an algorithm like Facebook’s EdgeRank, even if it’s probably much weaker. Wouldn’t it be better for the whole ecosystem if the focus was on engagement and not just promotion on Linkedin?

This was a missed opportunity on their part to do more, but after years of publicly resisting the natural competitiveness (and gamification) of their network, hopefully this Linkedin campaign represents a welcome shift in the right direction.