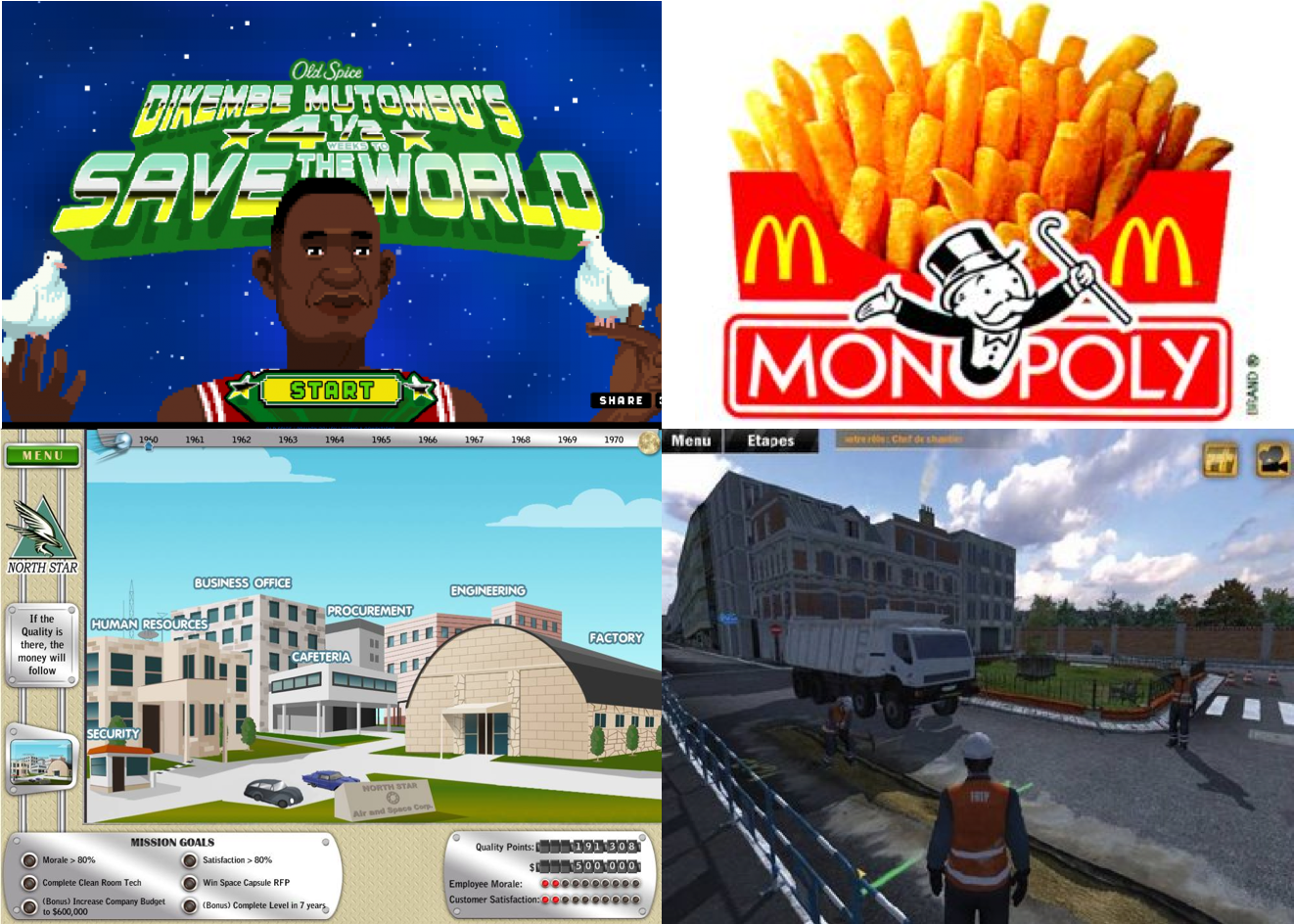 The Semantics of Defining Gamification

About the Author: Yu-kai Chou is an experienced entrepreneur and gamification pioneer who has been working in gamification since 2003. Yu-kai is the original creator of the Gamification Framework Octalysis, and is a regular speaker/lecturer at organizations like Stanford University, Google Inc. Yu-kai is also a Host at the upcoming GSummit 2013 in San Francisco.

Back in 2011 (Wow, has it really been that long?), Gamification pundits Gabriel Zichermann and Sebastian Deterding had a large debate on various gamification concepts.

One of Deterding’s critiques was that, contrary to what Zichermann wrote in his book Gamification by Design, Serious Games and Advergames should not be considered as Gamification.

What are Serious Games and Advergames?

For those who are unfamiliar with these terms, Wikipedia defines Serious Games as, “a game designed for a primary purpose other than pure entertainment.” In other words, games that are generally built for a productive purpose, such as training, education, healthcare, etc. (hence “serious”).

On the other hand, BusinessDictionary defines Advergames as, “A video game which in some way contains an advertisement for a product, service, or company.” These are games that basically act as interactive advertisement campaigns that draw potential customers onto a website or into a business.

As you can see, both definitions have the word “a game” in them, which seems to go against the core of what “gamifying” something means. In my own writings, I talk about how you can gamify everything besides games, just like how you can’t liquify liquid (you can however, apply better game design to games).

So because Advergames and Serious Games are “games,” by that standard you can’t really gamify them. Right?

Before going into anything else, as Zichermann mentions over and over, semantics are not very interesting. Figuring out how to create value through fun and interesting ways is what this industry should really focus on.

I have myself heavily wrote about how I (along with many “gamification professionals”) am not a big fan of the word “Gamification.” This is mostly the term that the industry picked up. I have preferred the term “Human-Focused Design” (as opposed to Function-Focused Design), which is a design process that remembers the human motivations within the system.

The reason why we call this “gamification,” is that the gaming industry was the first to get this right. Games generally have no other purpose than to keep the human inside happy and engaged. There are “functions” or purposes within a game, but they’re mostly made up excuses to entertain the player, such as killing a dragon, saving a princess, or dominating a galactic battle between three mighty races.

Since games spent countless hours perfecting the art of appealing to the Core Drives of users, now we are simply learning from best practices that games mastered, and so we call it “Gamification.”

On a similar note, I, along with Gabe Zichermann, also dislike the term “serious games” too, as it implies that pure games are not serious – something that millions of serious gamers out there would heavily disagree with.

At the end of the day, instead of arguing about what is included in what and not included in what, wouldn’t it be much more productive for everyone to say, “Lets make everything better from lessons we’ve spent so many hours of our lives learning from games”?

Of course, much like the term “gamification” itself, people inevitably have long discussions on semantics, and therefore it becomes productive to have a framework of discussion to settle the entire conversation.

Despite what’s said above, in my opinion, serious games and advertgames should actually be included in gamification, as they are utilizing game design to achieve a non-game productive result.

There’s a blurry line between the “is a game” vs the “is not a game” spectrum. For instance, sometimes it’s difficult to say whether something is a “game” that trains people, or is it “training gamified.”

You could say that a game that trains employees good conduct is a “serious game,” but you can also say that they decided to gamify “training.”

According to my own definition, it feels like you could “gamify” training by introducing a “serious game,” but you can can’t gamify that very serious game once it’s there. You can only apply better game design to it since it is already a game. See how boring this conversation could get?

Similarly, it’s not very productive to talk about whether FourSquare is actually a game that makes people check-in wherever they go, or is it considered “going-to places gamified.”

And for the record, a tomato is biologically classified as a fruit, but is culinarily treated as a vegetable. It probably matters more to academics than to people who just care about eating a healthy meal.

Explicit Gamification are strategies that utilize applications that are obviously game-like. Users acknowledge they are playing a game, and oftentimes need to opt into playing.

An example would be Dikimbe Mutombo’s 4 1/2 weeks to Save the World. This is an interesting and corky game launched by Old Spice, where a basketball legend tries to save the world by accomplishing a series of 8-bit challenges along with some Old Spice power. This is a clear example of applying game design techniques into marketing.

McDonald’s Monopoly Game is also a good example of explicit gamification. Everyone knows they are playing a game but the key purpose of the game is to get people to return to McDonald’s and eat more burgers. Nothing subtle there.

Other interesting examples of Explicit Gamification is the famous example FoldIt in AIDS research (one of my favorite examples of all time), as well as AutoDesk’s Undiscovered Territory, a game created for selling more software.

Again, these examples are all games where people play and opt into, hence Explicit.

Implicit gamification are design techniques that do not show signs of a game, but it heavily ties the 8 Core Drives of Octalysis into the user experience. Many Gamification Professionals out there like Jane Mcgonigal and Sebastian Deterding prefer the term “gameful design” over the word gamification, and sometimes regard it as the ascended form of the same concept (as they start to regard many implementations of gamification as uninspiring and manipulative).

I personally think it’s the exact same thing – still gamification (though I also enjoy the terms gameful design or my own human-focused design), but just the differences between well-designed and badly-designed Gamification (sometimes I also differentiate between White-Hat and Black-Hat Gamification techniques, but lets not go there for now).

Implicit Gamification techniques are filled with game design elements that are invisible to the user. This is like a doorknob, where the best designs are ones that you don’t need to think about, but just use.

Examples of Implicit Gamification is more common, such as the LinkedIn Progress Bar, Epic Meaning & Calling within Wikipedia, competitive bidding and feedback system via eBay, social comparison and motivation in OPower, Unpredictability and Scarcity within Woot.

No one will, upon seeing the progress bar on LinkedIn, say, “Ah, this is a game! I don’t want to play games.” The progress just gently builds a Win-State for the user to see and motivates them to get closer and closer towards the goal. People contribute to Wikipedia not because they can earn money, or because they are building their resumes, but because they are participating in something bigger than themselves – guarding humanity’s knowledge. And that’s what motivates them and makes it consistently engaging.

At the end of the day, one type of gamification is not better than the other (or whatever you call it). Using Implicit or Explicit gamification depends on the purpose of the project as well as the target market you are appealing to. Some groups like participating in games; some don’t. Some want to add that endorphine stimuli when purchasing, while others want to expand their creativity and master a learning curve.

The thing we should all recognize at the end of the day, is that gamification should never be a cookie-cutter solution. ALL games have game elements and game mechanics in them, but most games suck and are losers, and only a few WELL-DESIGNED games achieve the status of Winning & Addicting. Similarly, gamification requires sophisticated design to actually be effective and create a long lasting relationship between the player and the game maker.

I hope that is the goal for the upcoming GSummit, where we all show up to share our experiences, collaborate on best practices, and learn to be better designers to make the world a better place.