A Story About Tel Aviv’s #1 Ranked Driver in GetTaxi

No matter where you travel in the world, one thing is consistent: taxis suck. They frequently don’t know where they’re going, they try to rip you off, driver’s often have trouble communicating, and credit card acceptance is more rare than a unicorn. Against this context, a number of startups have made great inroads in transforming livery transport. Uber and Lyft are probably the most famous – though their approach has been to replace taxis entirely rather than work with existing systems. Others, like Hailo (to which Dopamine has consulted) and TaxiMagic have attempted to work with the large, existing taxi infrastructure. Their common theme: to simplify taxi booking, taking the guesswork out of when your taxi will arrive and facilitating simple, mobile payment. Despite all the advances (does any SF local take regular taxis anymore?), none of them have really managed to materially transform the problematic attitude of regular taxi drivers.

So imagine my surprise when – in Tel Aviv for the GSummit Global Workshop and Meetup – I get into a regular taxi hailed through Israel’s hugely popular taxi app, GetTaxi. The first thing you notice is that all 2000 of the GetTaxi-enabled cars have the company’s yellow and black flags flying from the top. Also, each car has a small tablet computer mounted in the center of the console, which displays the customer’s photo, their pickup (and dropoff locations), a moving map and payment info (handled directly by GetTaxi). But while this kind of thing now feels old hat, what came out of our taxi driver’s mouth was anything but.

“You know, I’m the Miss Universe of GetTaxi”, our 50-something driver said, unprompted, immediately after picking us up at a great fish restaurant in Old Jaffa.

“What do you mean?” we asked. He replied, “Look at the app and see my rating.” 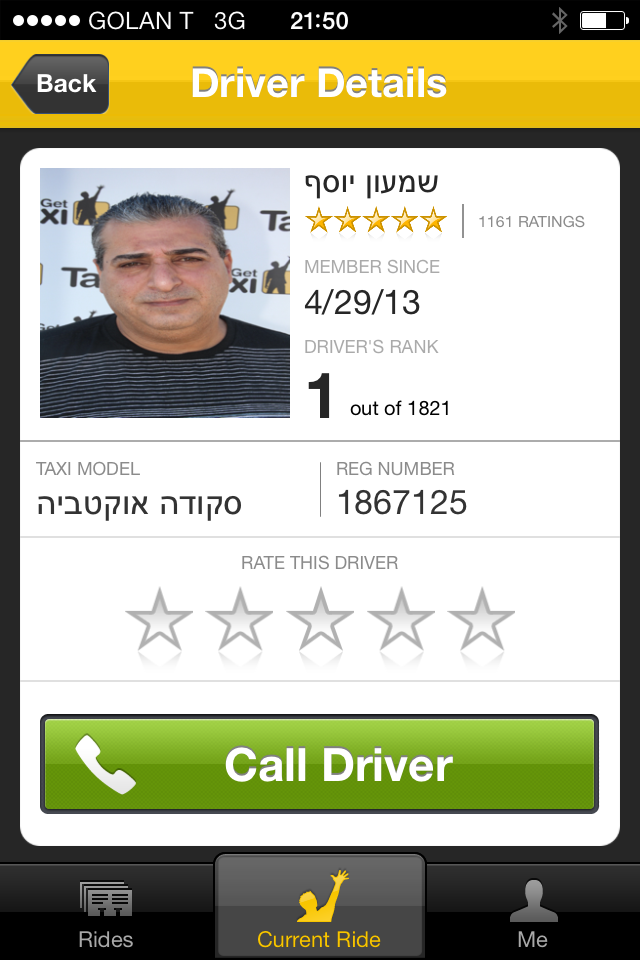 We launched the app again, and found that our driver was number 1 on the GetTaxi leaderboard, with thousands of perfect 5 star ratings. The rankings were prominently displayed in the app, front and center as we reviewed our pickup details.

With a reputation for gruff service, Tel Aviv’s taxi drivers aren’t the first place you’d generally find Miss Universe references – let alone such enthusiasm for a disruptive app. But on further discussion, it became clear that our driver really cared about the positive feedback he had received, and maintaining his rating. He showed off bits of “flair” his customers had given him (including some stickers he’d affixed to the inside of the cab), and had a number of one liner jokes ready to engage us in conversation – no doubt intended to ensure his 5 star rating.

What was unmistakable in our interaction is how much the leaderboard had affected his personal pride in his work. I’ve no doubt that this driver would have been a proud papa regardless, but by giving him an outlet for this achievement – and making friendly competition possible – the designers of GetTaxi triggered something powerful and important. His intrinsic desire to succeed, coupled with positive feedback on that achievement is driving his behavior.

Clearly, the GetTaxi folks can do a lot more to gamify their experience, as this is simply a first attempt to create engagement. They have a basic leveling system for consumers where you start off as an oddly-named Baby Rider and rise the ranks as you use the app more often. There are also points awarded for actions in GetTaxi, though their meaning is entirely unclear. 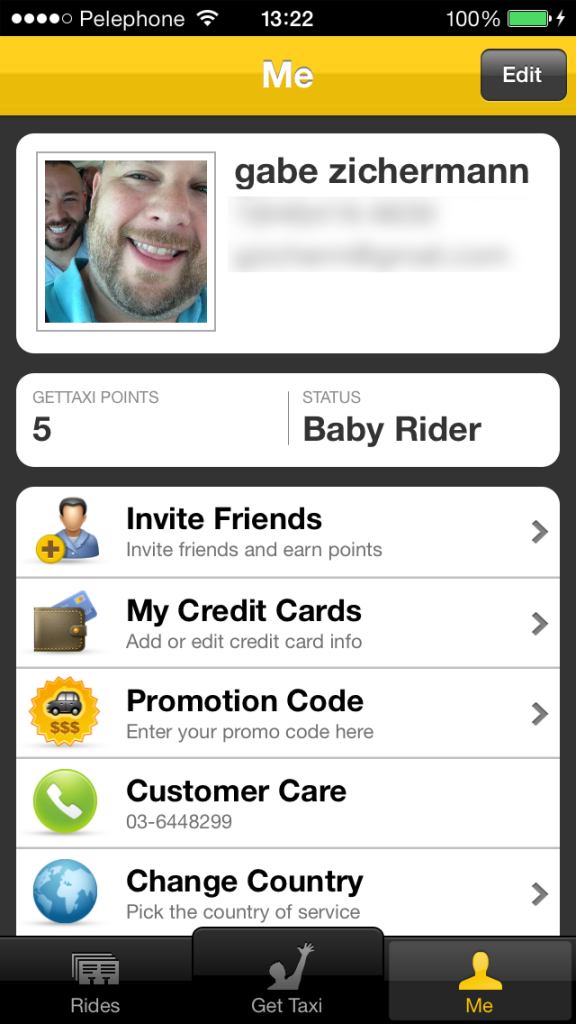 But by articulating feedback to drivers using skill points and leaderboards – they’ve managed to do something that most taxi commissioners could only dream of: turn an interaction fraught with peril into something positive and a great representation of the city’s tourist vision. I noticed in all my other interactions with GetTaxi-enabled drivers a similar charm and desire to make the customer experience positive. Could it be the rating system (and the fact that higher rated drivers also get better/more jobs) and leaderboard at work, activating their internal drive for achievement and excellence?

I believe so. To be fair, I’ve had similarly great experiences with Hailo, Uber and Lyft – where drivers often want to talk about how great the system works and how much they like it. What struck me about GetTaxi was the passion for personal achievement that my driver expressed, and the similar behavior I saw in my other rides throughout Israel. Hopefully, this gamified approach is deepened, and we can finally bid farewell to the rip off artists of the past.